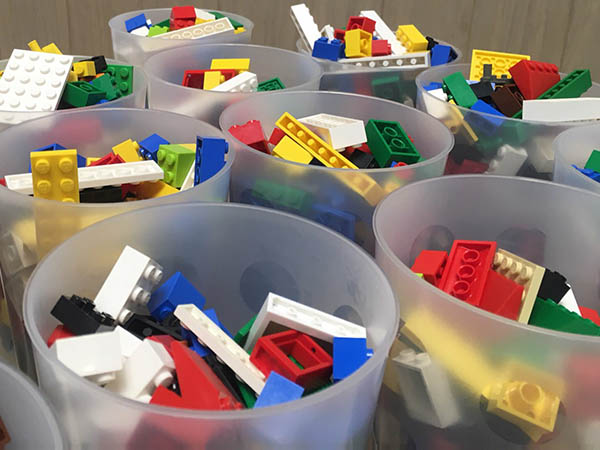 I’m really excited about a new venture of mine with a fellow AFOL: Brick Pits!

I’ve been working alongside museums and other institutions for quite a few years now to provide LEGO-based workshops and events, and even museum exhibitions. One side that has been lacking previously has been my ability to hire out large quantities of LEGO bricks to help run these events, though I’ve built up quite a hire collection of LEGO now. The other side of things that has been missing has been the ability for me to hire out brick pits.

What is a brick pit?

Brick pits are foam-sided play pits (similar to a ball pool you might find at a soft play centre) which can hold thousands of LEGO bricks. This gives kids (and adults!) access to loads of different parts and lets their imaginations run wild. The emphasis isn’t on the “quality” of the build, but around the fun and display of creativity with our favourite plastic bricks.

Encouraged by the excitement of some museums I already work with, I talked to Matt, a fellow adult fan of LEGO I know thanks to Brick Alley LEGO User Group which meets in Darlington, in the North East of England. A big LEGO collector (or should that be hoarder?) too, Matt has a brilliant collection of parts which are ideal for hire, and we developed the idea together.

Most excitingly, we already have some museums in our portfolio once we launch!

In the meantime, there’s a little more information about hiring LEGO brick pits on the website at: brickpits.co.uk.