Today saw another LEGO Show, this time at Head of Steam Museum in Darlington. Here’s a quick write up of some of my favourite models on display.

A busy one-day show, the venue was stretched for capacity on the day, but there was a great range of LEGO on display for the size of venue, from LEGO trains to Vikings, superheroes, Ninjago, pirates, City and Technic.

My favourite LEGO models at Head of Steam LEGO Show

As a small venue, we had limited display space, but the quality and variety of models was pretty high – a mixture of themes, LEGO sets, and custom built.

The MOC (My Own Creation; custom-built LEGO model) of the show award was won by Stephen for his impressive LEGO Robot Wars arena (photo: Steve Thomas, Brick Alley). 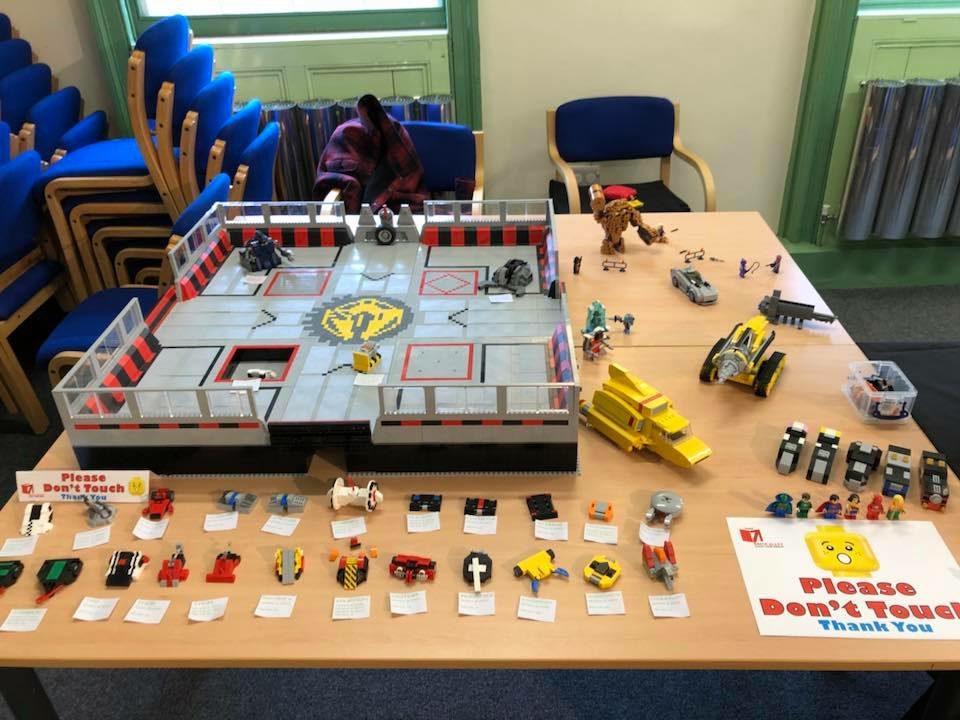 My LEGO display at Head of Steam

As usual these days, I was exhibiting as a collaborative with LNUR members with a LEGO train theme.

As it was a one day show and I’ve been over ambitious in the past with what could reasonably be set up for display in a few hours, I tried a new idea. A simpler, smaller LEGO railway display based around the modular LEGO diesel depot I’d built for the LNUR collaborative display at Shildon LEGO Show 2017 was created, with just an hour to set up on the day.

The display had contributions from fellow Brick Alley member Jack (his Intercity 125 and BR class 08), Jamie (BR class 20s and coal wagons), Chris (Hogwarts Express), and Isaac (steam locomotives including a brilliant Flying Scotsman – in the video above – with iconic blood and custard MK 1 carriages), as well as my Rocket and Toby from Thomas & Friends – always a hit with kids of a certain age at LEGO shows!

Overall, Head of Steam’s LEGO show was a good day out; just a shame it was a lot more popular than anticipated, and some families had quite a queue to get in. All worth it to see some smiling faces – and new recruits to LEGO train fandom, of course…