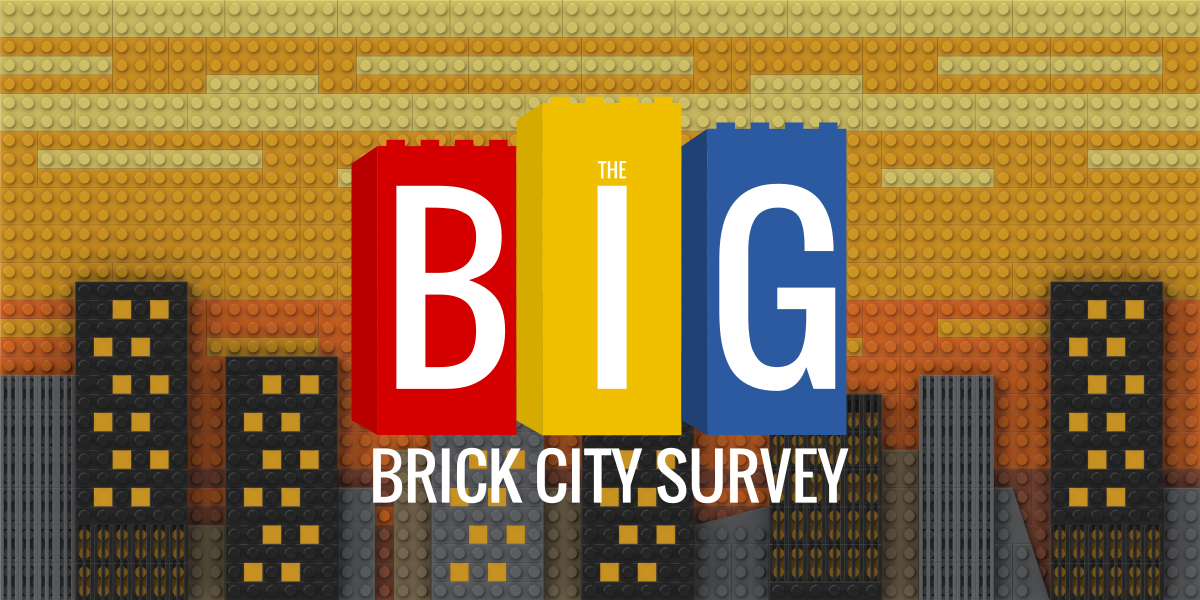 The Big Brick City Survey is a chance for LEGO city fans worldwide to tell us about their city!

The survey started as a chance to answer a question that has been nagging at us as LEGO city fans for an answer for quite some time: what is the most popular name for a LEGO city in the world? Bricksville? Brickston?

We expect the questionnaire to take around 5 – 15 minutes depending on how in-depth your answers are. Questions include details about the name of your LEGO city, the language it is named in, the size of your LEGO city, and its landmarks and government style.

With the help of some clever mathematical minds, we aim to process the results and provide an idea of general trends in LEGO city naming around the world; this means we can anonymise the results

We’ll close the survey on Sunday 29th January 2023, and we expect the results to be processed by late February or early March 2023 – keep an eye out on the Bricks McGee blog for those!

You can find the survey link and a list of frequently asked questions on the survey website at bigbrickcitysurvey.com.