Everyone loves a good LEGO city, from a small collection of sets to large metropolises full of sky scrapers.

As someone who builds LEGO for displays around the country, I spend more time than I’d like to think about considering the difference between a good LEGO city, and a great one.

So, what makes a LEGO city look realistic?

1. Divide it up: use walls and fences 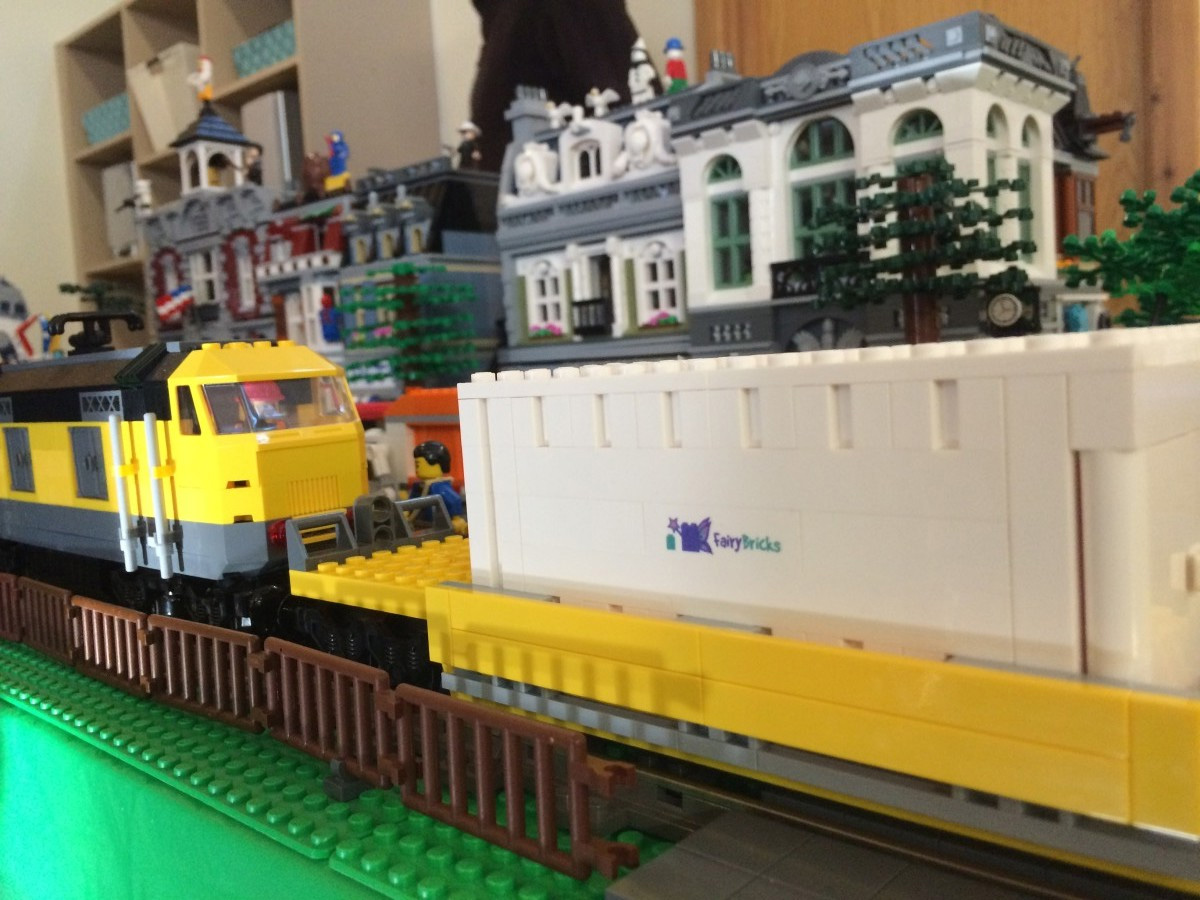 Real cities – at least in Europe – are divided by fences and walls, and buildings create barriers everywhere. This creates back yards, sometimes large, sometimes small. LEGO cities tend to be left very open, and this drains the realism from the scene at times.

Consider building fences and walls to make logical divisions in your LEGO city – think about where one house’s land ends and another might begin, and where your LEGO minifigures are likely to be

2. Streets of gold: pave the streets 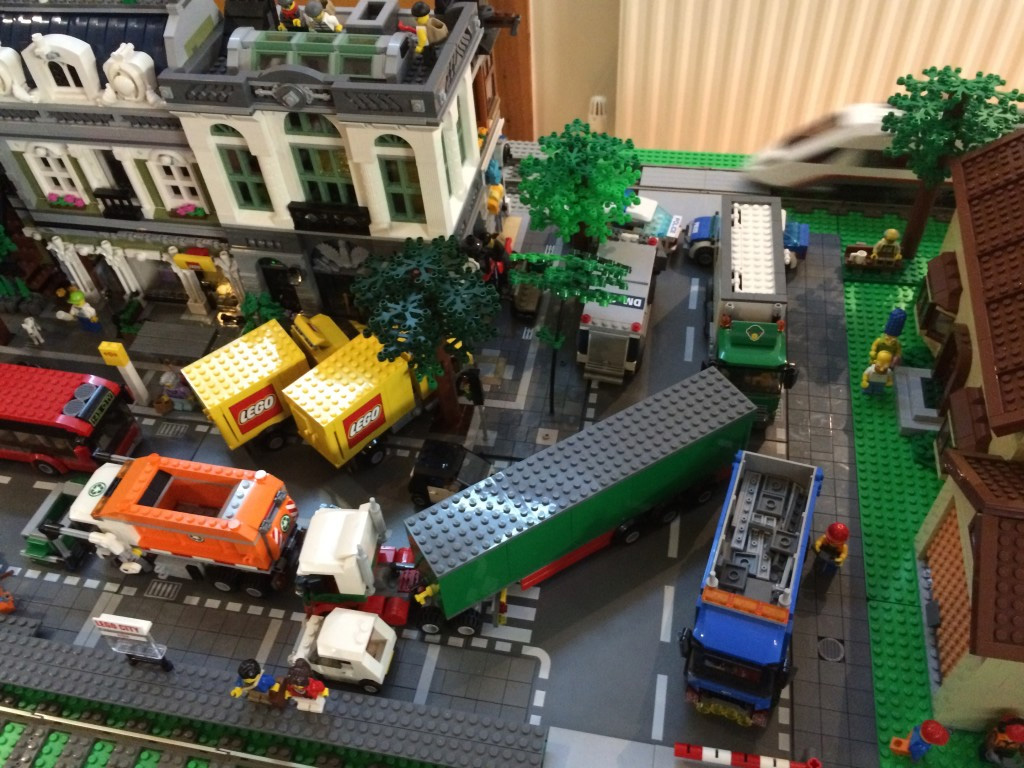 Well, not gold – but cities look more complete with paving stones on the pavements, rather than leaving the bare studs on show. You may want to add the occasional stud or jumper plate to provide somewhere for minifigures or street furniture such as benches.

You can even consider building your roads using SNOT techniques, such as Teunis Davies’ road here (Flickr).

Street furniture (benches, bins, lamps) are easily missed, but add an extra level of detail to your LEGO city. The same goes for road signs and traffic lights; these little details can be used to add more realism to your city (especially if you use LEDs or Brickstuff’s lighting packs for LEGO).

Cities are big; depending on how much space you have, your LEGO city may be limited by size, but there are some techniques you can borrow for more traditional modeling disciplines:

5. Cities are crowded – and LEGO cities should be too!

Cities are crowded places, so if your LEGO city is looking a little empty, consider buying more LEGO figures to populate it! Streets and buildings can be bustling with new citizens – and this gives you plenty of opportunity to create scenes to add even more detail.

Buying more minifigures can be a great way to add to the buzz of your city; LEGO stores have “Build A Minifigure” stations you can create minifigures from, or look on eBay and Bricklink for bulk sales. Alternatively, current LEGO sets (such as LEGO City 60134 Fun In The Park) can be a great source of varied minifigure parts.

6. Build off the grid

It’s very easy to build LEGO cities on a grid pattern; that can be fine if you’re replicating some American cities, but European cities tend to be a lot more chaotic, reflecting earlier roots and development over many centuries. Consider building your LEGO city with irregular street widths and angles between junctions.

This can be much easier said than done; I haven’t personally experimented with this very much (yet!), but the guys behind Brick To The Past’s previous displays (particularly their London 1875 layout) have used off-the-grid techniques to great effect