Two very keen AFOLs (Adult Fans of LEGO) and Brick Alley LEGO User Group members headed up from Newcastle to Berwick upon Tweed to sample the first of a new series of “Brick on Tweed LEGO fan” meet-ups.

For anyone who hasn’t been before (including myself before last week!), Berwick sits roughly half way between Newcastle upon Tyne and Edinburgh. Peter and I travelled by train – just 45 minutes on the East Coast Main Line along some truly stunning countryside from Newcastle upon Tyne.

The Berwick AFOLs group meets at the Berwick Visitor Center on Walkergate (not the Tourist Information Centre which is on the same street!). This is a solidly built community venue based just beyond the town wall of Berwick – about a 5 minute walk from the railway station – and also buzzing with another group meeting in another room.

Some of the LEGO challenges were similiar to those at London AFOLs, and those we run at Bricks and Beers – they make for an entertaining evening! We did a baseplate cover activity (cover a baseplate as quickly as you can – in this case, in a singular colour) – and a tower building challenge – with Peter coming first by a good few studs in height! 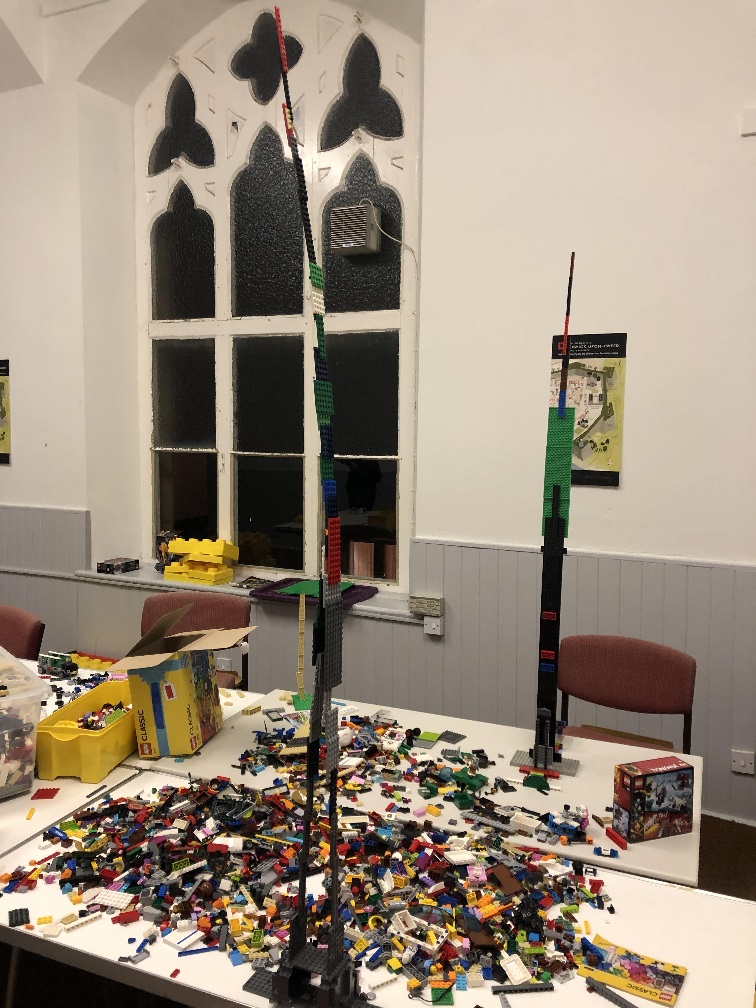 The final challenge, was a new one to me – rebuilding a LEGO set from instructions using whatever colour parts you can find. This was surprisingly challenging and was an enjoyable end to the evening – I was very happy with my final recolouring of a LEGO City police lorry.

The funds from this Berwick AFOL group £3 entry fee (February 2020) are used to fund a weekly LEGO club at Berwick Library for children – so well worth supporting!