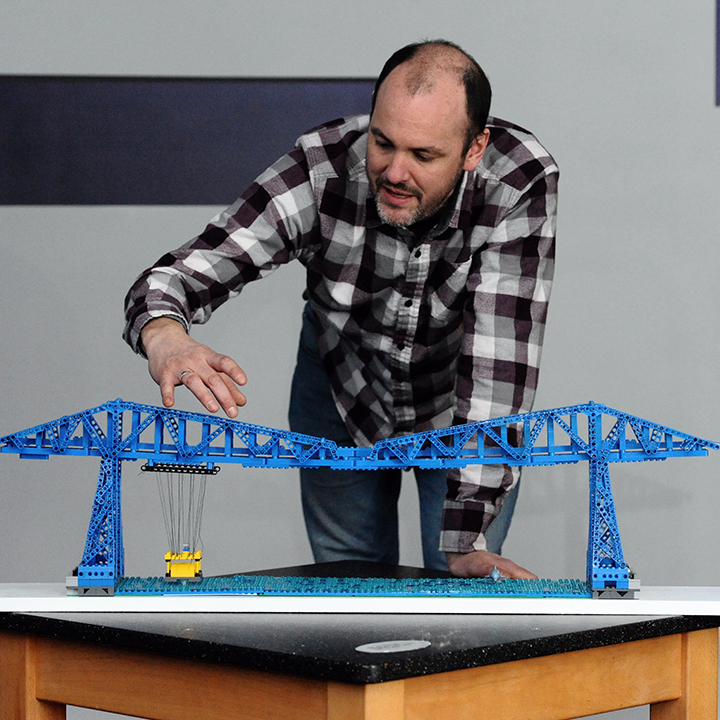 Steve with his Transporter Bridge model

I first came across Steve Mayes on Twitter with his photography business a few years ago. Nowadays, he’s a full time LEGO architect with his business Brick This, and has worked with an impressive array of clients both regionally, and nationally.

Based in North Shields in the North East of England, Steve’s background in architectural photography really shines through in a lot of his builds, with so many small details captured brilliantly in LEGO bricks.

Two popular classics there – everyone loves a monorail! 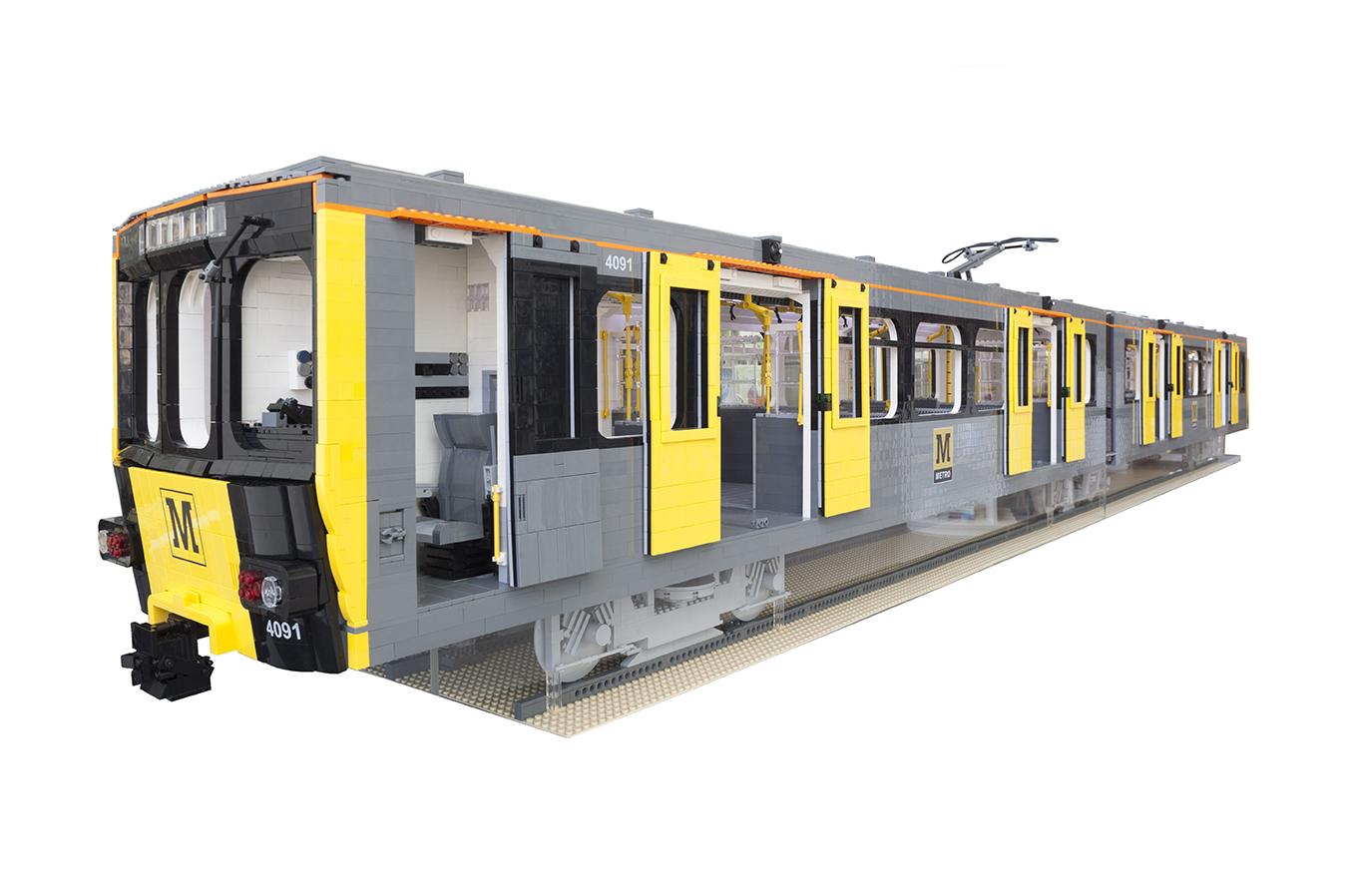 “I think it has to be the Metro train. The scale as much as anything, which allowed for so much detail. Very proud of the RICS one too though”.

The Tyne and Wear Metro was one of my favourites too, as a huge LEGO train fan. Steve’s Metro model was huge, using around 22000 elements, and measuring over 3 metres in length.

I’m really looking forward to seeing this one – a collection of around 40 LEGO models built by Steve for the Great Exhibition of the North; a celebration of northern design and creativity held on our doorstep in Newcastle upon Tyne this year. One of my personal favourites (so far!) is his Rocket scene:

“When I first got back into [the LEGO hobby] (2012) I came across a few that I still admire a lot. Rocco Buttliere, Jeff Friesen, Arndt Schlaudraff, and ekownimako.  I could go on as there’s so much great stuff out there, but those stick out for me because I discovered them quite early on.”

A great start for inpsirational builders! I had the pleasure of listening to Rocco talk at AFOLcon in London in 2015 – his microscale architectural builds are fantastic, and make smart use of LEGO elements to achieve the angles and styles in his subject matter.

“Very hard to answer! Depends on the model. I do really love the metallic silver and gold, but limited use for them. As I do a lot of architecture work, I use a lot of light bluish grey so that’s right up there for me. No issue with teal either!”

I recently bought some 1×8 metallic silver bricks from a seller on Bricklink (because I could, rather than for any particular MOC!) and it’s definitely up there for me, too.

“I was always a fan of ‘cool’ elements as kid – curvy cockpits and the like. I think the most powerful one is the headlight brick. I recall reading that it was some LEGO professional’s favourite piece a few years ago, as I was just getting back in to it, and couldn’t quite understand it. Now I do – still discovering new ways it can be used. For sheer beauty and elegance of design I do love 25214.”

Another vote for the Erling brick – and I’m not surprised! Surprising how versatile this little brick is.

“Currently doing one on ‘power from poo’ as part of my Expo project! So I’m building a toilet and a digester plant!”

And they say LEGO model building is all glamorous work!

“I’d love to see a classic space range reintroduced – perhaps modern versions of some of the old classic sets. All space stuff nowadays seems to be Star Wars and that has never interested me that much.”

There certainly seems to be a big following of classic space modelers in LEGO User Groups these days!

“In my studio in North Shields, which I moved to in February this year. Previous to that it was my loft!”

Having had the privilege of visiting both Steve’s loft and his studio, I can confirm the studio is much easier to access – and full of fantastic models in progress, too.