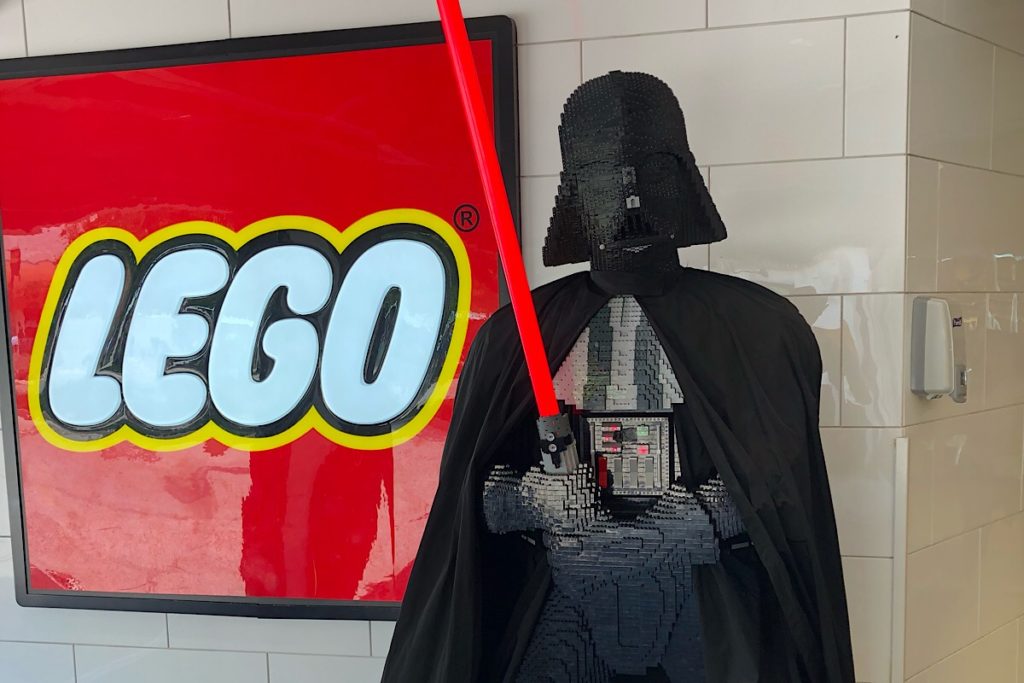 I was dragged away from my LEGO for two weeks on holiday in Florida this year, and as I began to suffer from LEGO withdrawal symptoms managed to squeeze in a few visits to the Disney Springs LEGO store.

Disney Springs is an extensive retail and leisure complex near Orlando, Florida, USA. The location features many Disney stores as well as other clothing and lifestyle brands – including a LEGO store.

With Disney’s many partnerships with the LEGO Group, that’s probably no surprise these days! Star Wars, Cars, Toy Story…

The Pick A Brick Wall is large compared to other stores (particularly many LEGO stores in the U.K., which tend to be relatively compact), though I didn’t spot any unusual elements I haven’t seen in other stores recently. This means many elements are repeated across the wall; as this store gets very busy, I suppose that makes it easier for customers to fill their PaB cups! 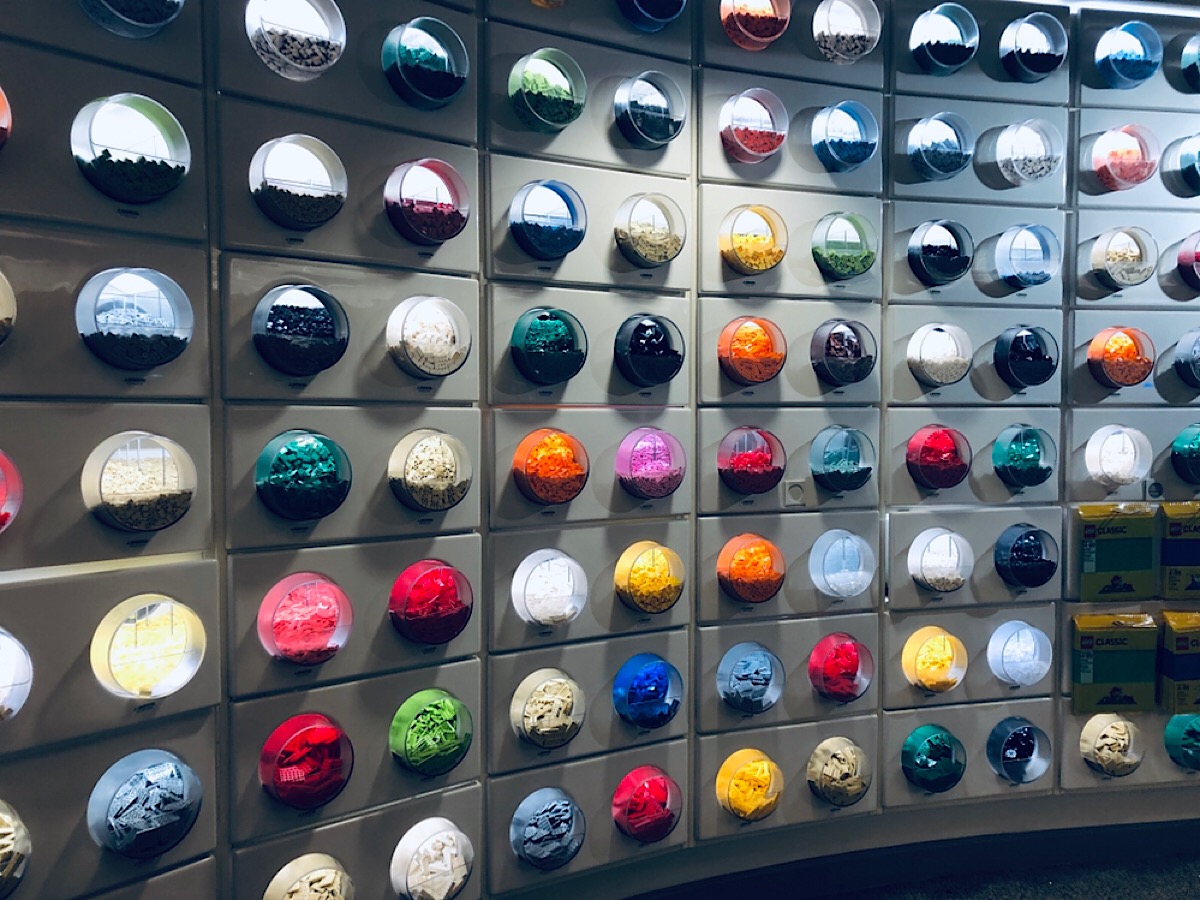 Disney Springs LEGO store is home to many large and impressive LEGO models. One of my favourite LEGO models for a store sits just outside – this brilliant Toy Story sculpture featuring Buzz, Woody and RC. Partially built in DUPLO, and partially in LEGO System bricks: 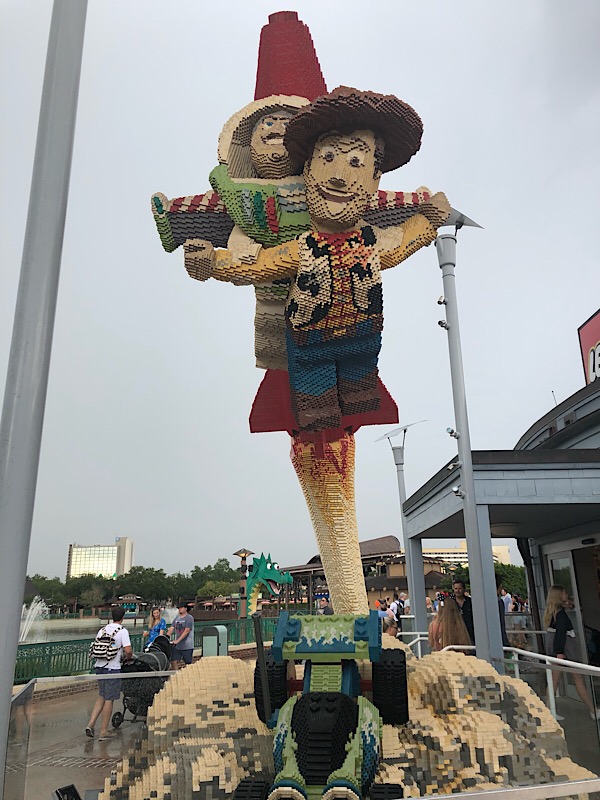 At the time of writing, a few model areas outside the store are under construction: 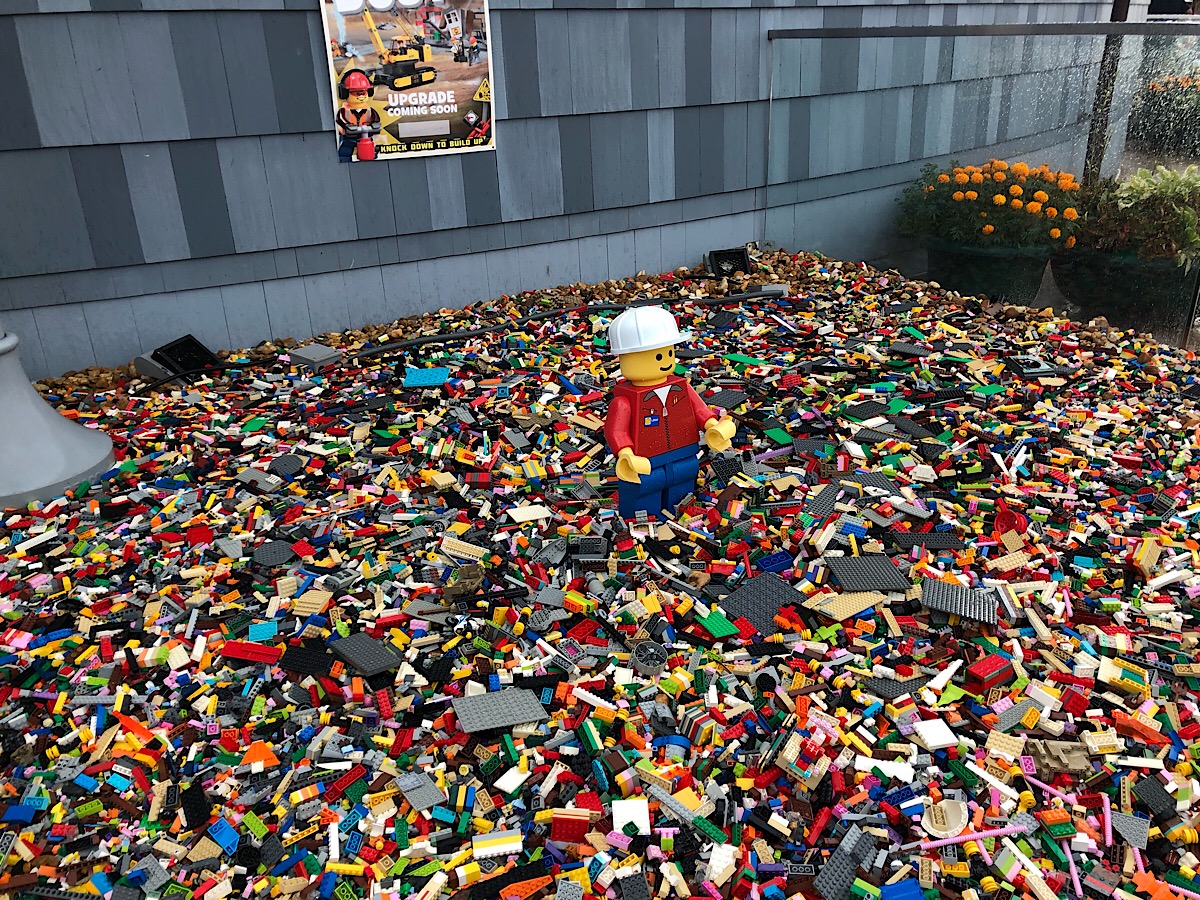 There was previously a rather nice Seven Dwarves model in one of these spots – worth a look!

Superhero and comic book fans will enjoy the huge LEGO Hulk model just inside the store at its other entrance: 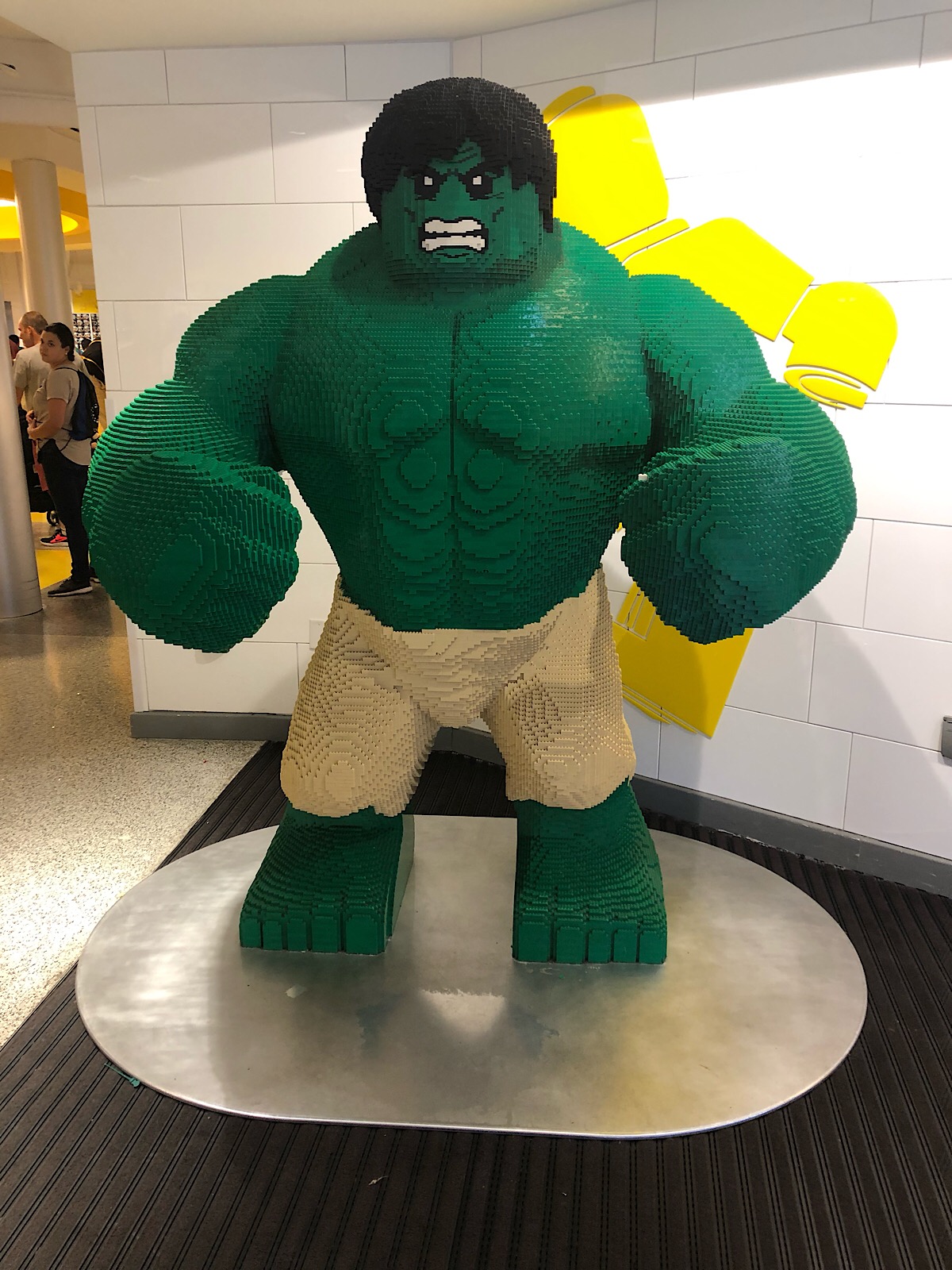 This lovely LEGO mosaic of a signpost listing distances to cities worldwide sits just outside from Hulk: 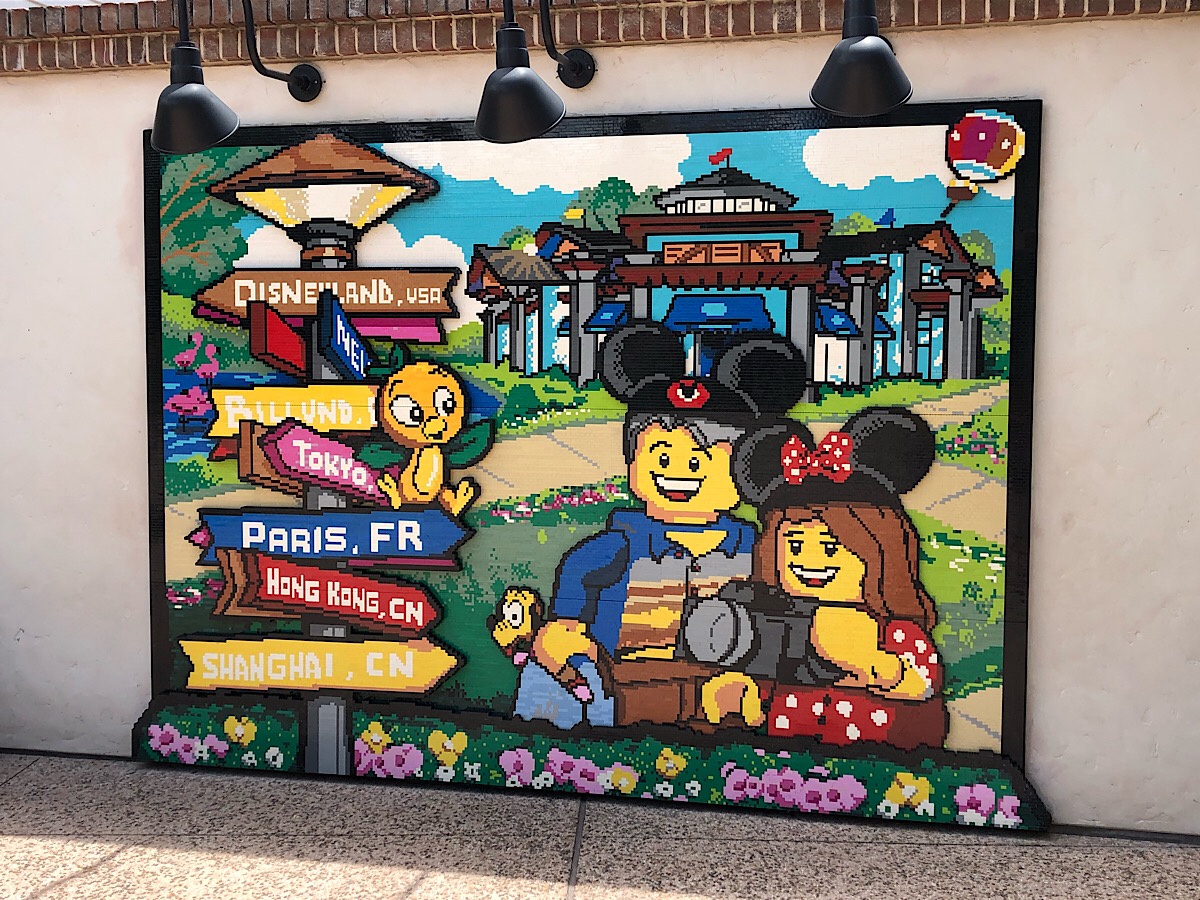 For LEGO Star Wars fans, Darth makes an appearance (see header image), and there’s an impressive knight battling a dragon atop of cliff, too: 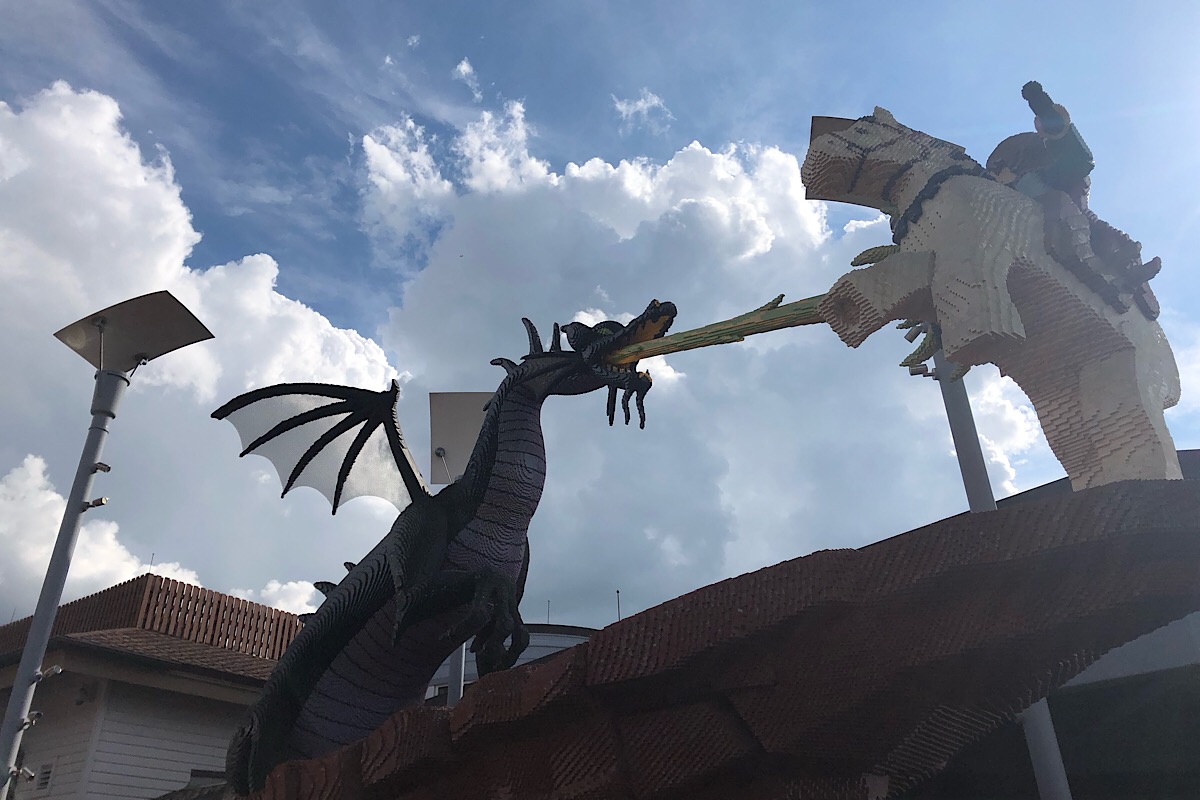 Finally, of course, there is a huge LEGO Nessie model in the lake at Disney Springs just across from the LEGO store itself – I loved this!

There were no store-specific LEGO sets, bricks or other merchandise available to buy for the more discerning collector, but the store does stock a large range of LEGOLAND mugs, either plain or with a reasonable selection of names or titles printed alongside the design: 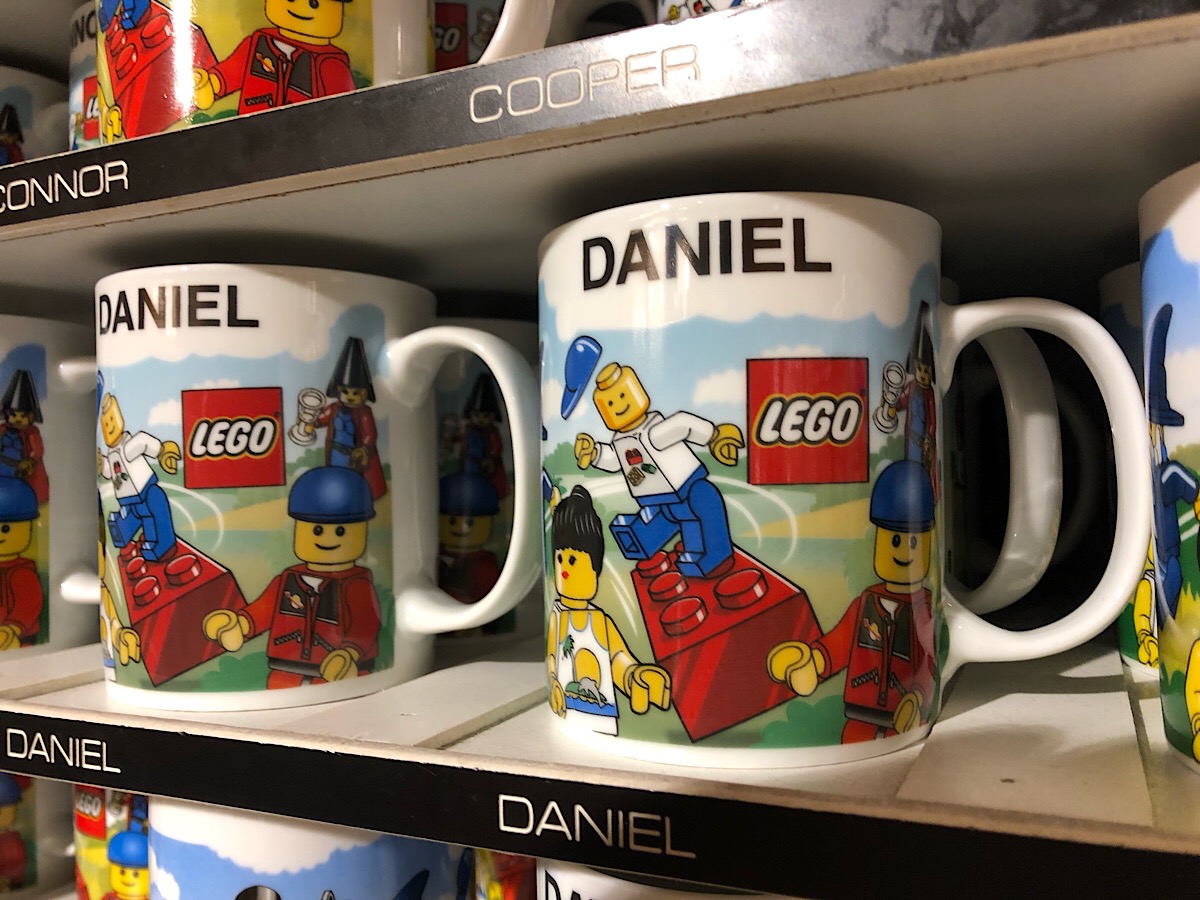