We had the pleasure of exhibiting at Brickish’s Great Western Brick Show at Steam Museum in Swindon earlier this month. A whole weekend of LEGO fun in south west England? Definitely sounds up our street!

One of the largest LEGO fan events in the U.K., the Great Western Brick Show (or GWBS, or “Steam” for short) has been around for quite some time. Held at the Steam Museum, situated in old workshops of the Great Western Railway, there’s a whole train museum to explore for visitors even before the LEGO models and activities to take part in.

There were a lot of models on show from builders around the UK. We have managed to round up a very small sample of LEGO models which caught our eye below. 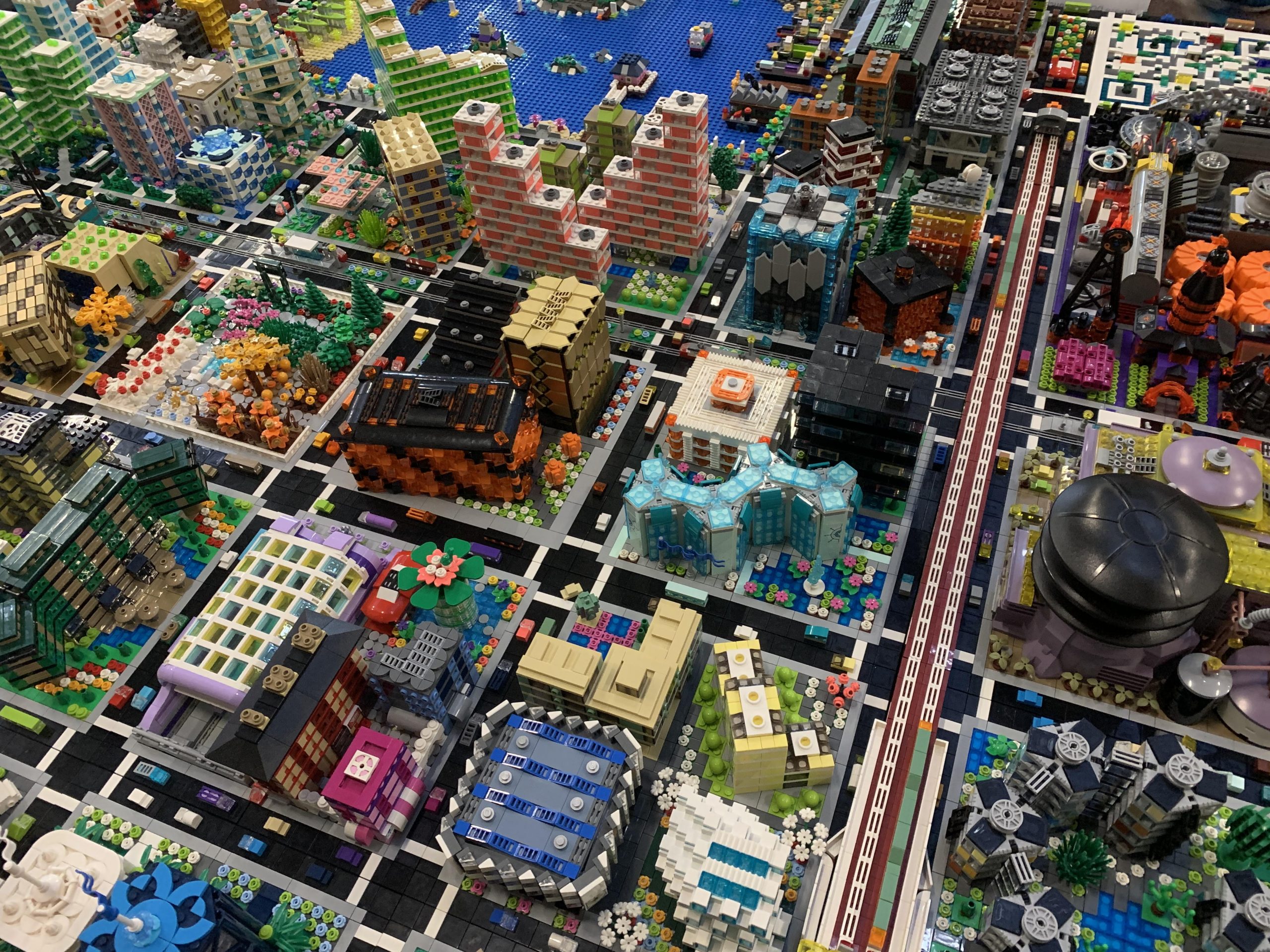 A bit of a biased pick as Caz is part of the Bricks McGee team, but her LEGO micropolis city is always a crowd pleaser – so much detail crammed in to such small spaces! And the city changes every time she displays, with new tower blocks, residential areas, and public transport routes. The last time the city was displayed was 2019 – what a treat!

This interactive display challenged visitors to GWBS to solve a classic puzzle from model railway circles, shunting 5 wagons out of 8 in to an order given at random. The Inglenook shunting puzzle has been reimagined by Levi of the LEGO Southern UK Railway in LEGO bricks, with visitors able to drive the train, change points to different sidings, and uncouple wagons too – absolutely incredible to see it in action!

Paul’s brilliant pirate display was a big highlight for us – a sizeable display of pirate islands, ships at battle, and even a shark jumping out of the water. Lots of details and vignettes crammed in – we could stare at this for hours! Also featured in the header image of this article.

If the idea of being surrounded by incredible models built from LEGO bricks excites you like it does us, we highly recommend checking out our U.K. LEGO fan events list for 2023 – hopefully see you at an event next year.

A special thanks to Martin and Kerry from Brickish who organised the event this year – thank you for the warm welcome!