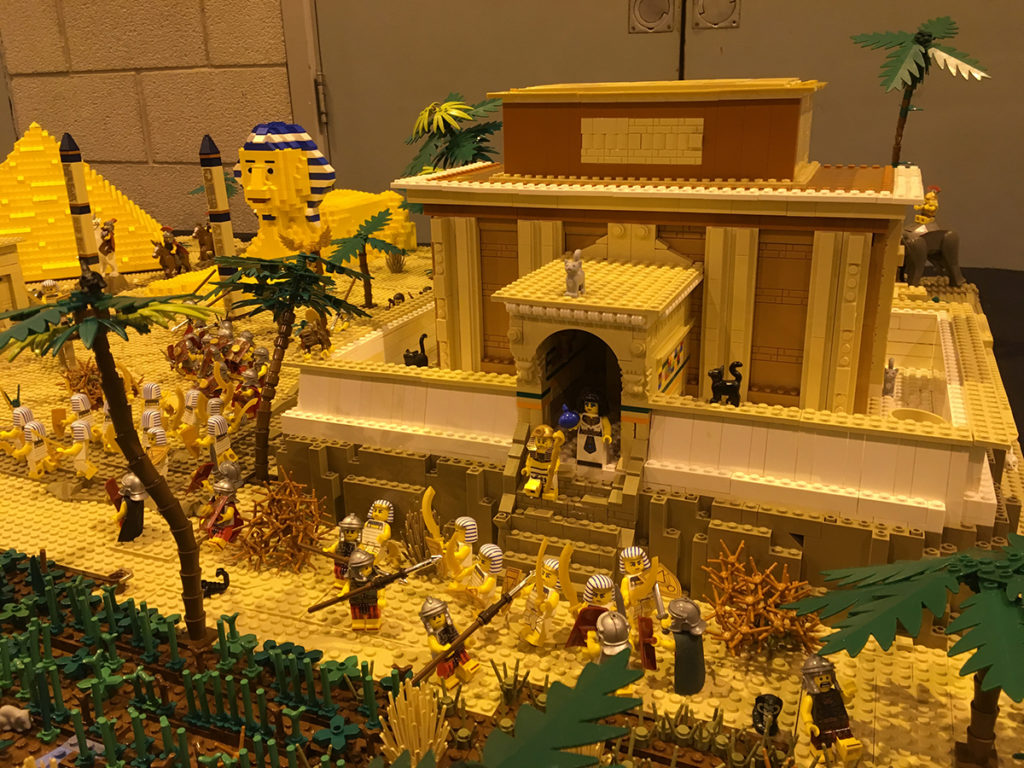 Another year, and another great Sheffield Block Con (this time, in Ecclesfield!).

There was a brilliant range of LEGO on display – standard for Block Con events, I’ve found. From LEGO Egypt display at Sheffield Block Con 2018 (including some giant LEGO Olympic rings which were hard to miss!) to Mario’s awesome steam-punk squid build, and Pete Brookdale’s giant LEGO Star Wars Sand Crawler (below). 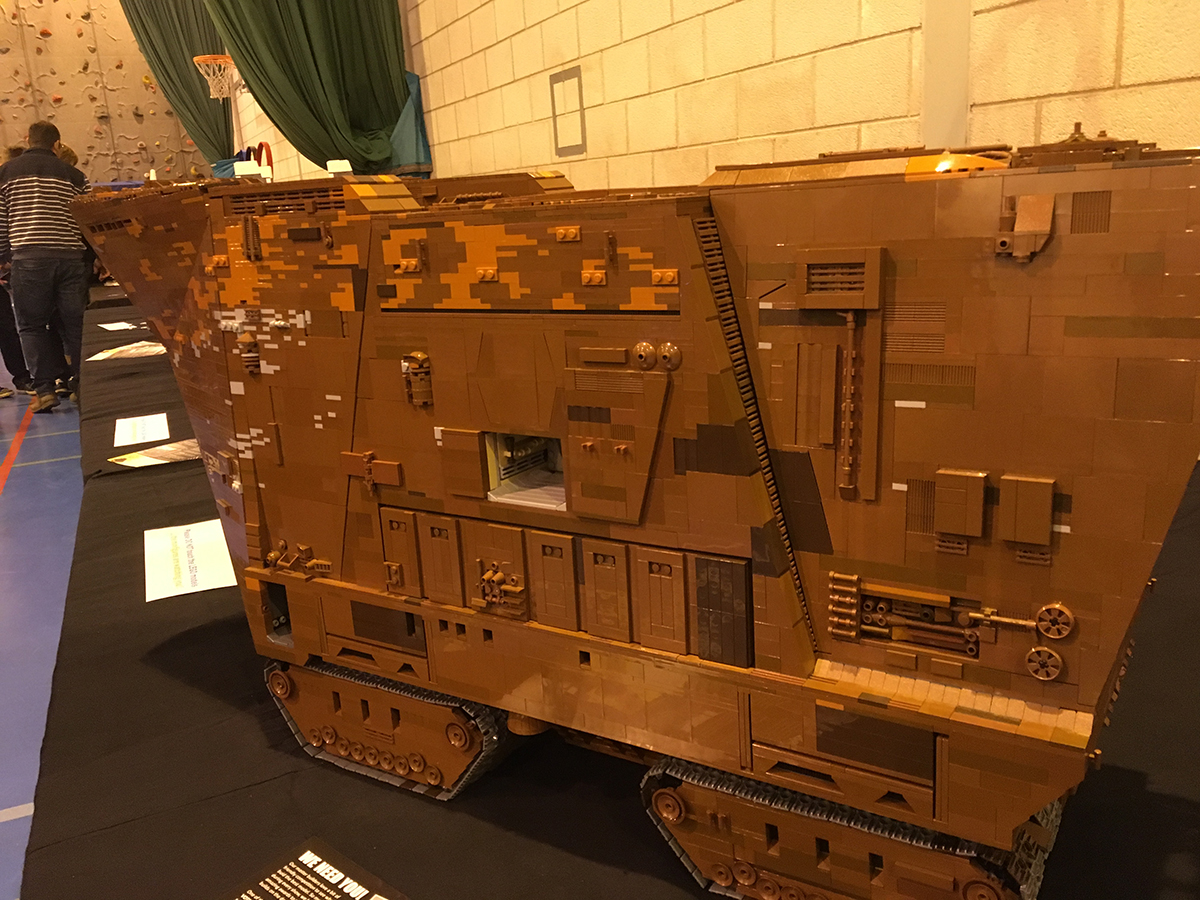 I was also hugely impressed by this giant LEGO crane (sorry, didn’t catch the name of the builder), which was built to a similar scale as a classic Meccano crane set: great to see a comparison between the two building systems. He also had some fantastic LEGO Discworld builds including the Discworld itself (pictured with the LEGO crane below), floating through space on the back of a turtle and supported by four elephants. 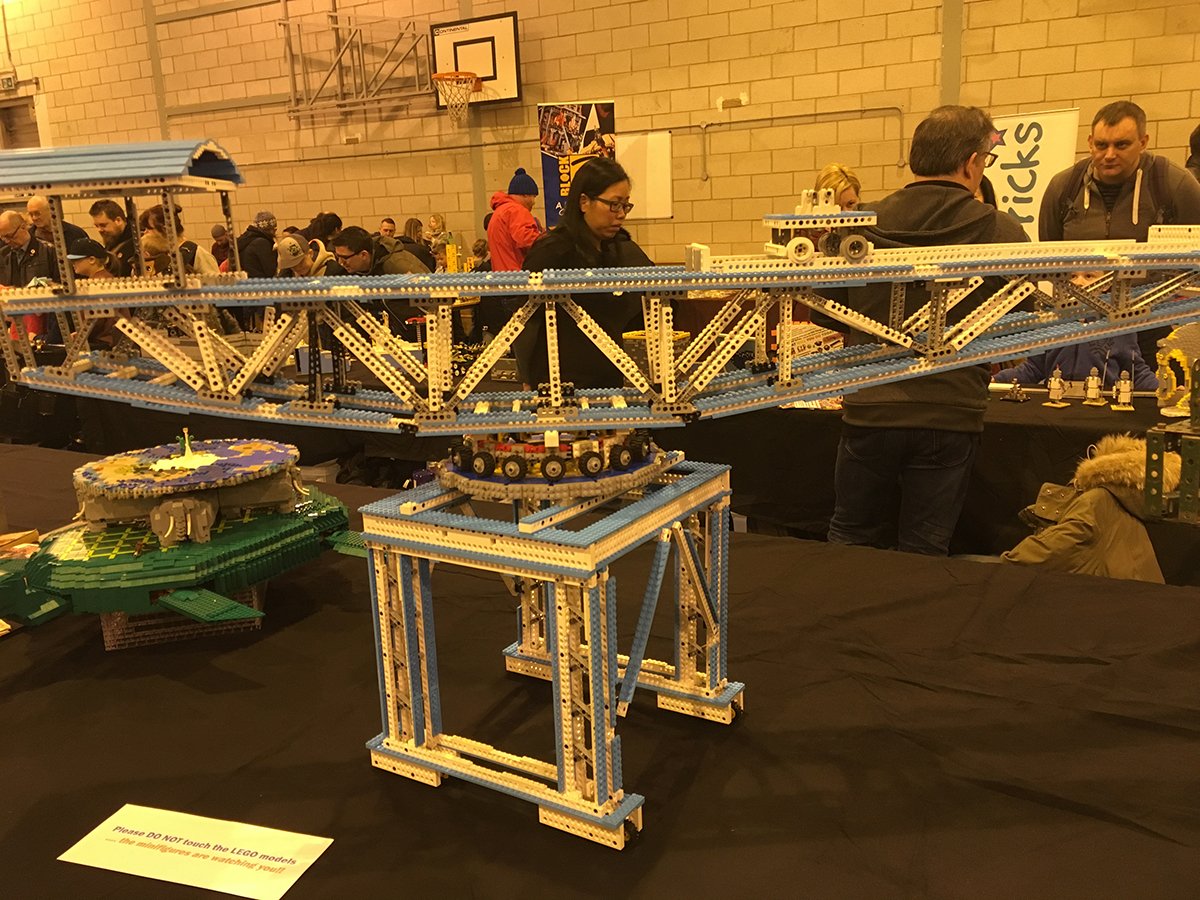 As usual, I was displaying as a collaborative with LNUR members – I provided the scenery and many other smaller custom LEGO models, and Isaac and Samuel brought some fantastic LEGO locomotives and rolling stock along. 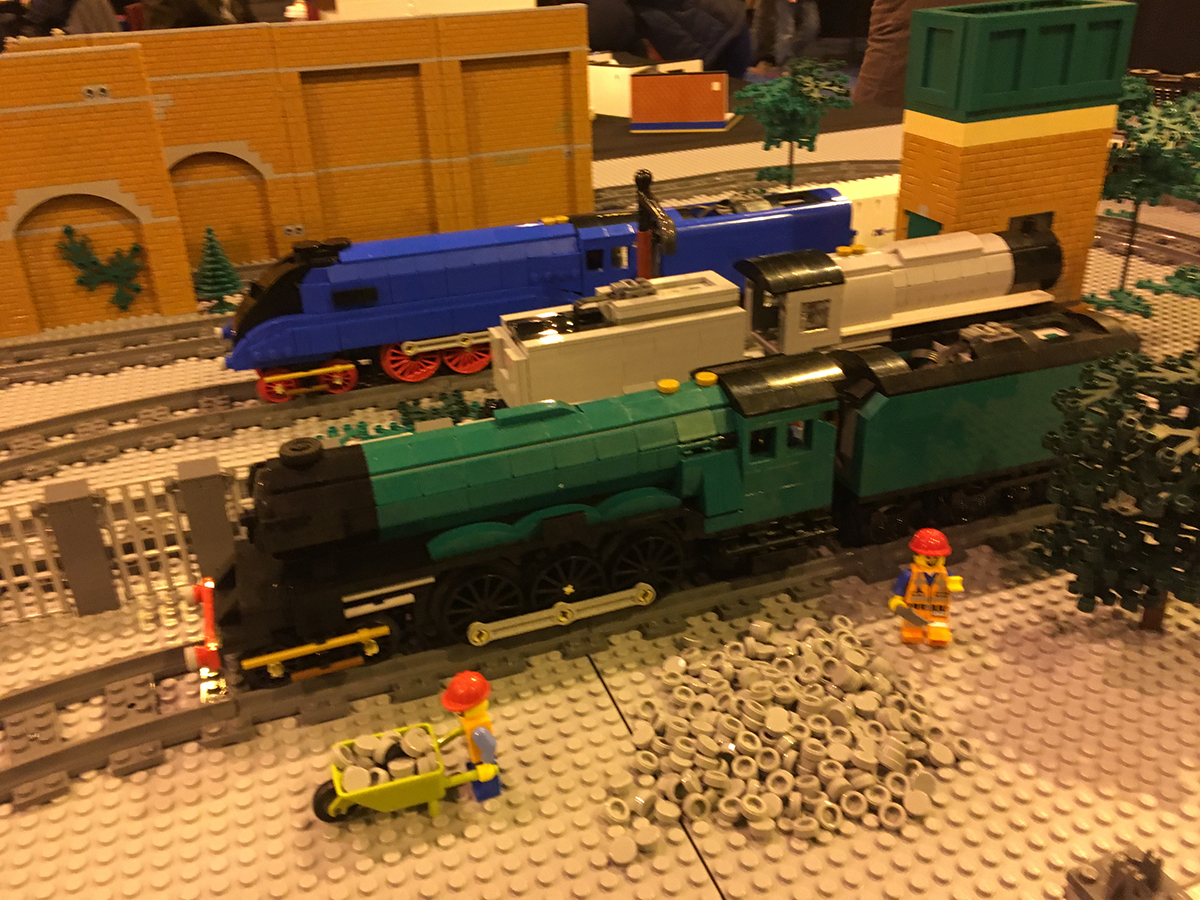 A highlight of the display for me was Samuel’s (huge!) Polar Express build, as well as Isaac’s Flying Scotsman and Mallard locomotives – guaranteed crowd pleasers!

We also found some time to attempt LEGO train drifting – a lot of fun!

Here’s hoping there’ll be a Sheffield Block Con next year too – a great family event and nice to see AFOLs from a variety of LEGO User Groups in the UK, too.