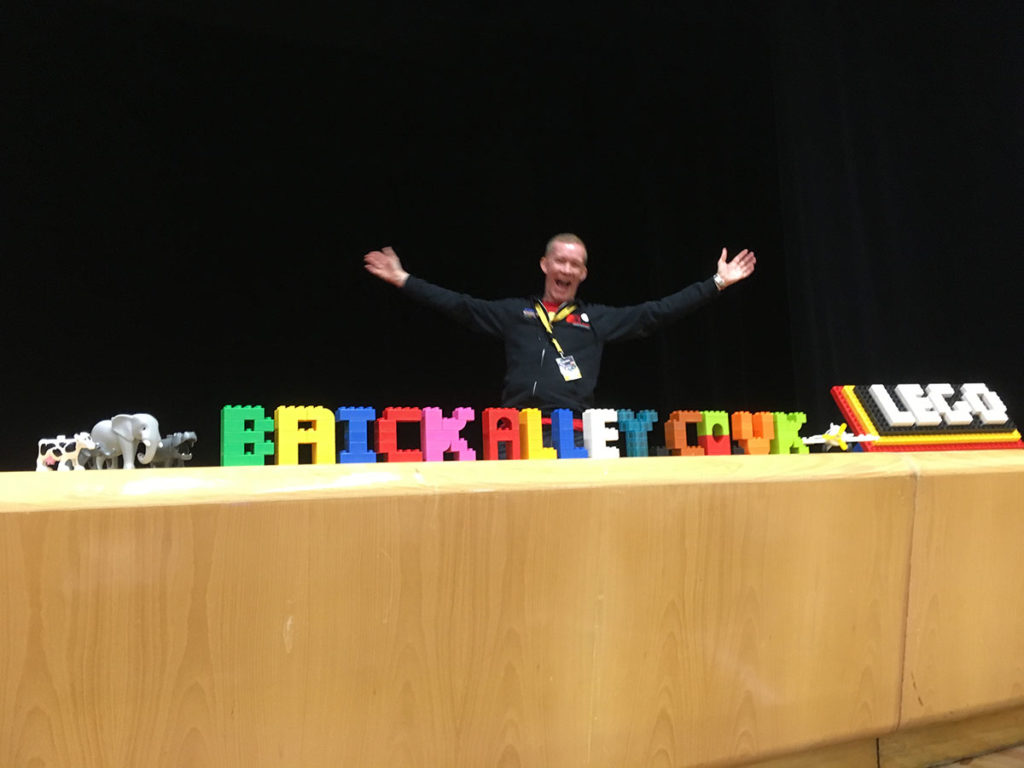 Four days of LEGO in Portugal; it didn’t take much persuading to get me to register for the Paredes de Coura Fan Weekend this year!

LEGO exhibitors from around the world met in this small town north of Porto to celebrate their love of LEGO. I got to talk to many great AFOLs, including some from the UK who I’d somehow not met before, including the brilliant Tim of New Elementary, and a handful of London AFOLs members. 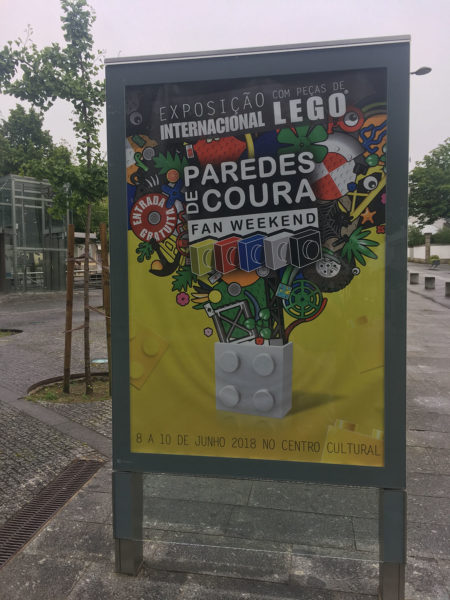 Organised by a Portuguese LEGO User Group, Comunidade 0937 (0937 being “LEGO” upside down!), AFOLs were provided with some lovely accommodation in villas nearby, with the exhibit itself held in the town’s Cultural Centre. Paredes de Coura proved a great host town for the show, with AFOLs fed in the local school (much to the amusement of the local school children peering through the windows at lunchtime!). The show was open to the public between 2pm and 7pm each day (Thursday – Sunday), giving AFOLs plenty of chance to look around and chat to each other before the masses arrived.

The auditorium of the venue was used to host talks presented by AFOLs on a variety of topics, including Jeremy Williams’ (Brickish Association) enlightening talk on Classic Space vs Neo Classic Space. I also volunteered my services to speak on the topic of “How Not To Run A LEGO Show” (slides/blog post coming soon!), based on my experiences both as an exhibition organiser, and delegate, throughout the years. The talks formed one of my favourite parts of the weekend; it was great to see such a wide range of LEGO and AFOL topics covered, and I’m still annoyed I missed Kathy’s (BeLUG) talk on Romans and LEGO – two of my favourite things! Luckily, she signed up to talk to a Brick Alley event in Darlington next Easter – I can’t wait!

Saturday night saw the AFOL dinner, hosted in a villa usually used to hosting wedding parties rather than our motley crew of LEGO fans; 5 courses later we rolled back to our villas.

Throughout the weekend there were also plenty of activities and challenges for AFOLs to participate in, from speed builds to free build challenges using a Creator set; you could build whatever you liked, but had to use all of the parts in the box – much harder than it sounds!

Among the most memborable LEGO models at the show for me was the LEGO Christ the Redeemer model which was beautifully done, and a huge collaborative Great Ball Contraption (GBC) display with countless modules. 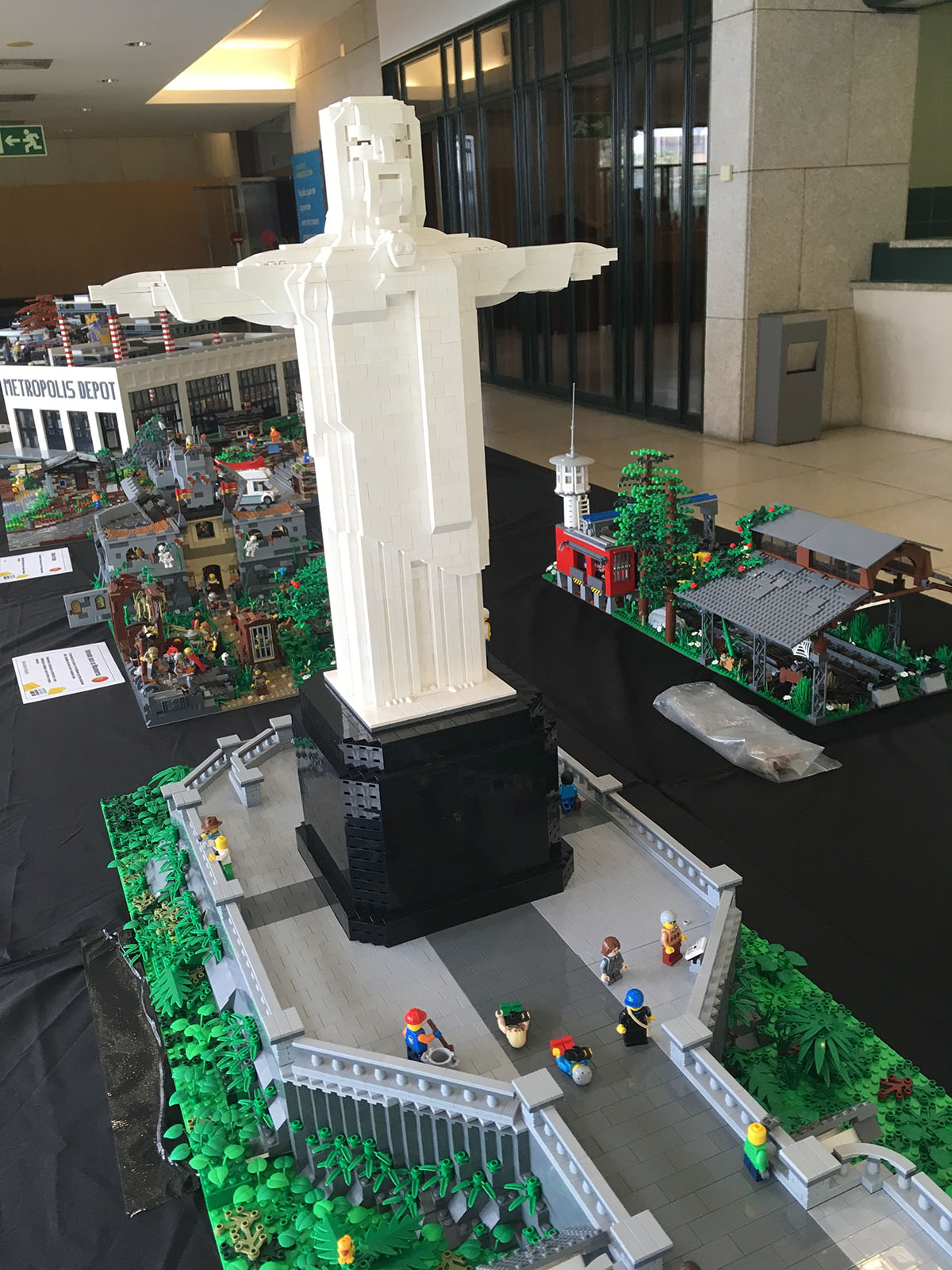 It was nice to see a large range of LEGO locomotive models too, at various scales. These two in particular caught my eye, as did David Tabner’s narrow gauge locos (which I somehow neglected to take a photo of!). 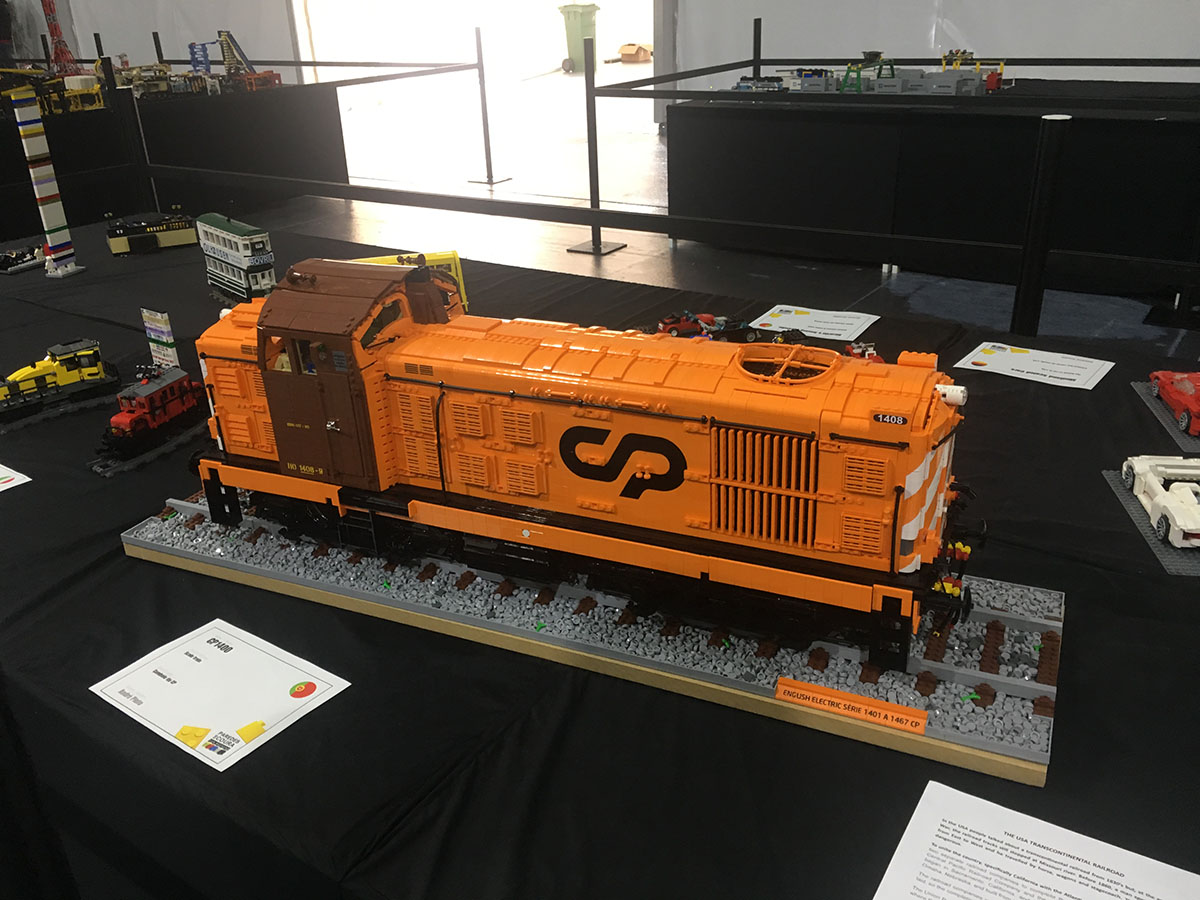 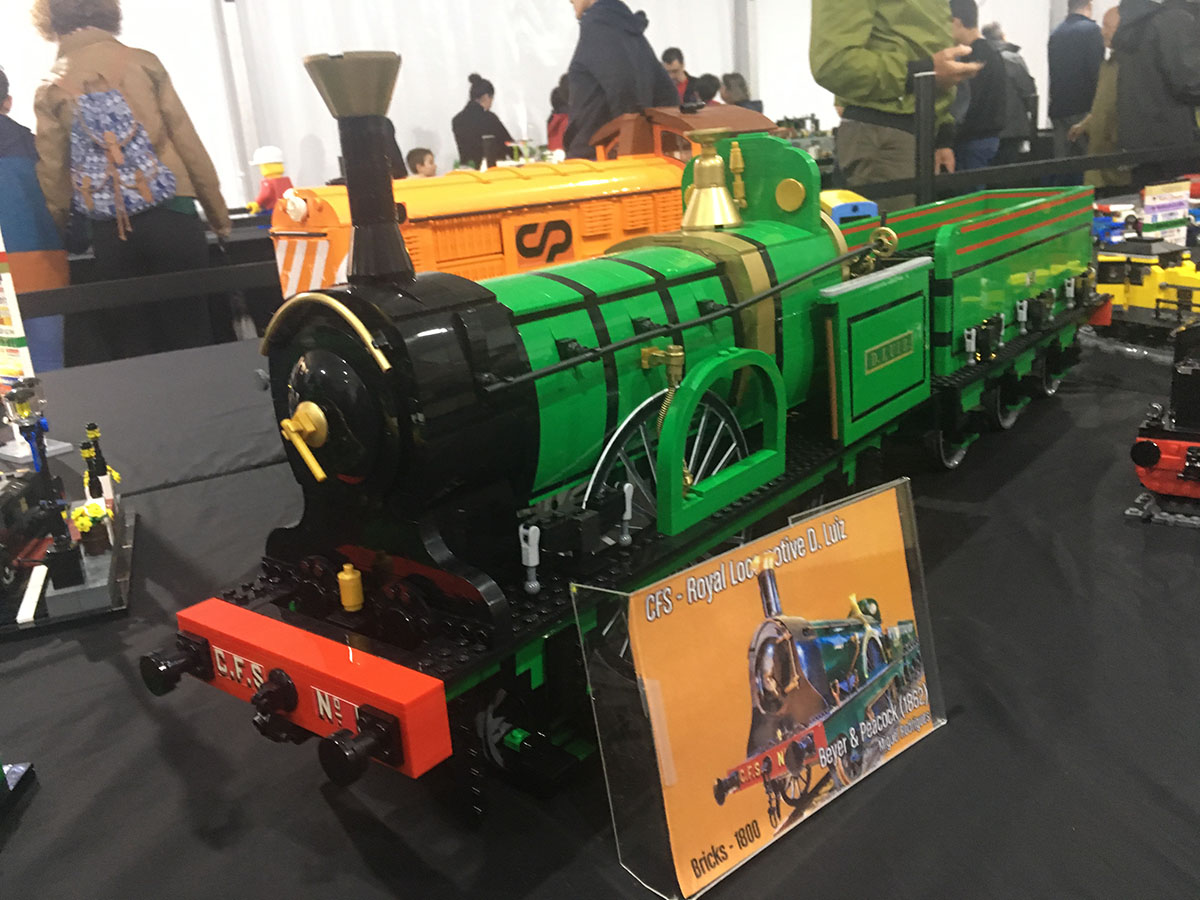 My contribution to the weekend’s displays was somewhat limited by what I could fit in hand luggage, but my Angel of the North and Stephenson’s Rocket models made it across (albeit with both requiring quite a bit of a rebuild once we got there!). 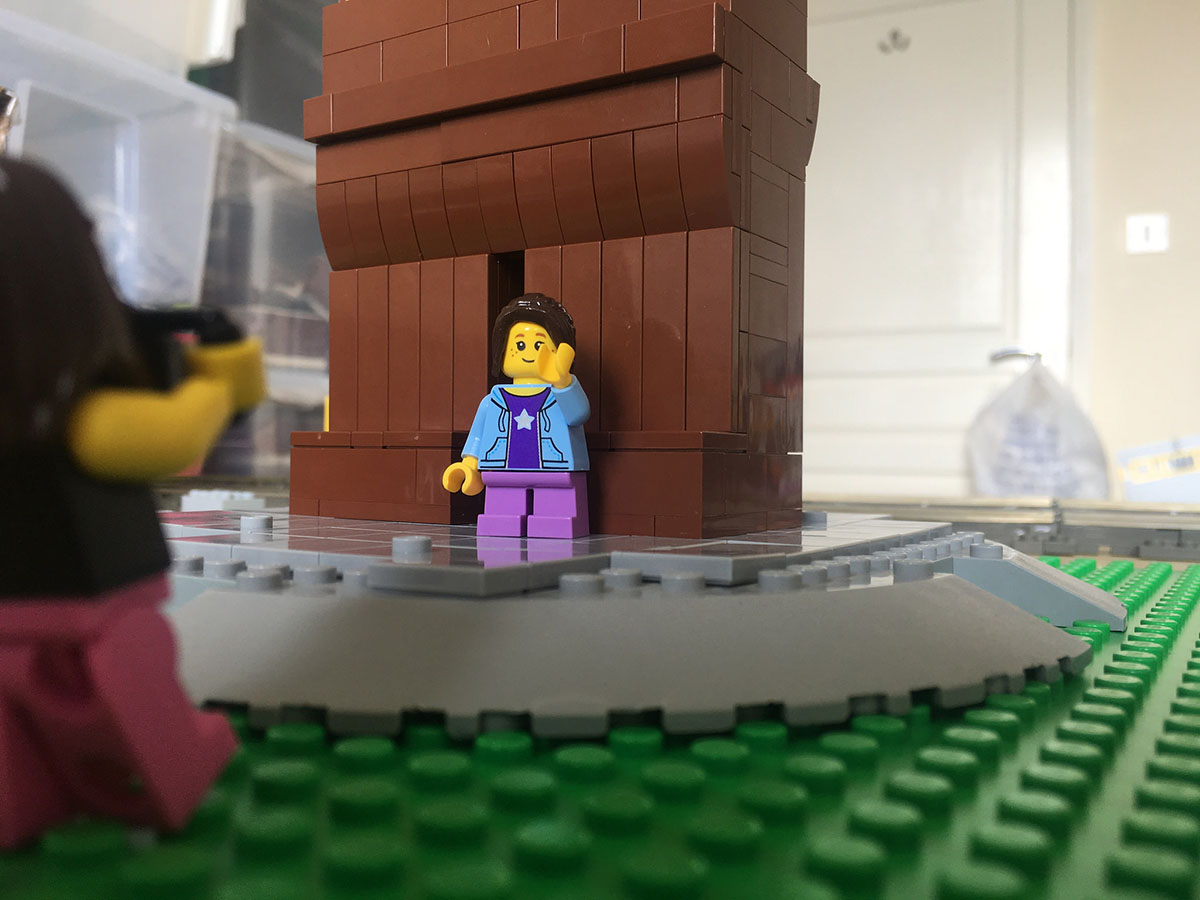 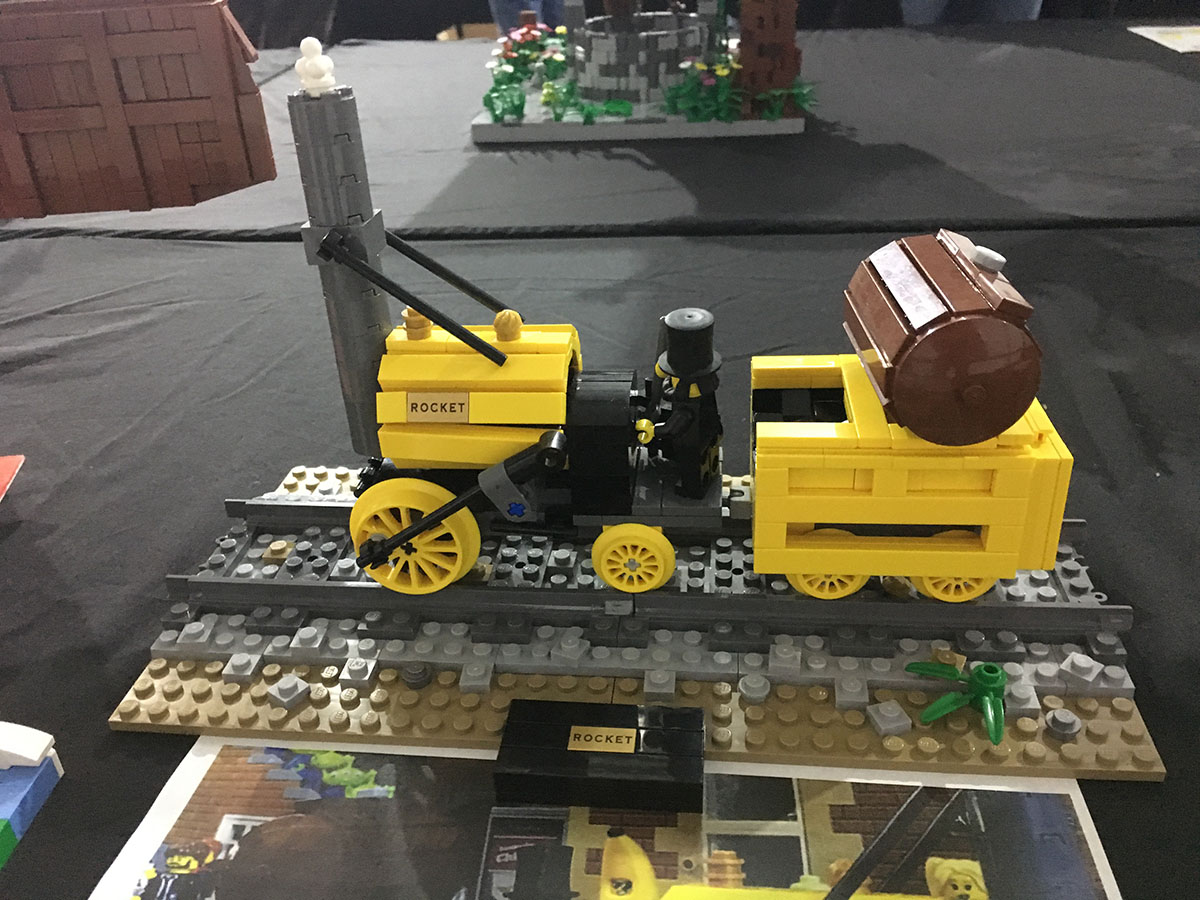 As usual, I had great fun in the DUPLO play pits…

Thanks again to Miguel and the 0937 people who made this show happen; I hope to be back next year!