I think we can all agree that 2020 has been a strange and challenging year. Bricks McGee has gone from running LEGO workshops in schools, business and museums across the UK to running virtual LEGO workshops for museums, schools and corporate team-building in the space of a few months.

One thing that has been constant for us at Bricks McGee, though, is our LEGO activities – we’re always building and creating with LEGO bricks, whether it’s in the same room, or separate by hundreds – or thousands – of miles.

This classic LEGO activity is a classic for a reason – at first look it’s a simple scramble to build the tallest tower from LEGO bricks you can, but it requires some critical thinking to make the most of the bricks in front of you – and the results can vary greatly if some unusual building techniques are introduced too.

You can vary tower building’s difficulty with a few parameters, such as only building in a single colour, or challenging your teams to build using only smaller parts on top of the layer below (e.g., a 2×2 brick on top of a 2×3 brick).

Our tallest free-standing LEGO tower was over 220cm in height – pretty impressive from a LEGO workshop for museum visitors for the Horniman Museum in London.

A similarly engineering-themed LEGO activity to towers is the LEGO bridge challenge. The activity is fairly simple in itself: build the longest spanning bridge between two supports, but changing parameters can make this a true beast of an activity for all ages.

The bridge must be self-supporting between two supports or piers, and the elevated section must not touch the floor or table it’s being built on. The bridge can, however, sag in the centre, so long as it doesn’t touch the supporting surface.

For extra challenges, you could also test the weight-bearing capacity of the bridges being built (cans of Coke work well!), or challenge builders by only allowing LEGO bricks of different colours to touch in construction (e.g., a yellow brick can’t be connected to a yellow brick).

Our record bridge length was over a whopping 3 metres long, built in a cable-stayed format by a team of software engineers during a LEGO team-building workshop last year.

LEGO shadow puppet theatre was a new activity for us in 2020, and proved very popular. By building a theatre shielded by a sheet of A4 paper, you too can build a shadow theatre for your LEGO minifigures. Check out the video linked below for a step-by-step guide on how to build the theatre, and arrange the lighting required.

You can view a recording of a live LEGO puppets workshop on our Facebook page here. 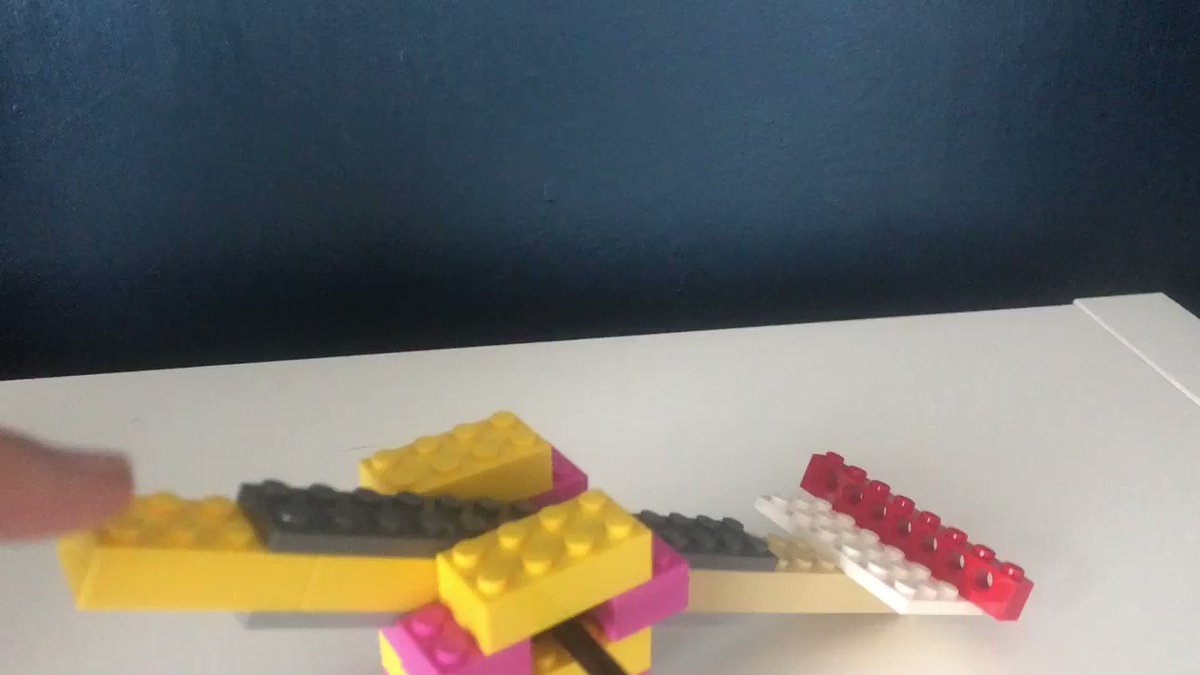 This is a long-time favourite LEGO activity of ours at Bricks McGee – a great mix of technical challenge and chaos! Build a working LEGO catapult to throw small projectiles towards a target. If you’re working in teams, run a knock-out style competition with the winners scoring most points after a set number of rounds.

If you’d like to see how a LEGO workshop could be tailored for your school, museum or corporate event, please contact us. You may also find some ideas for virtual team-building on Zoom here.