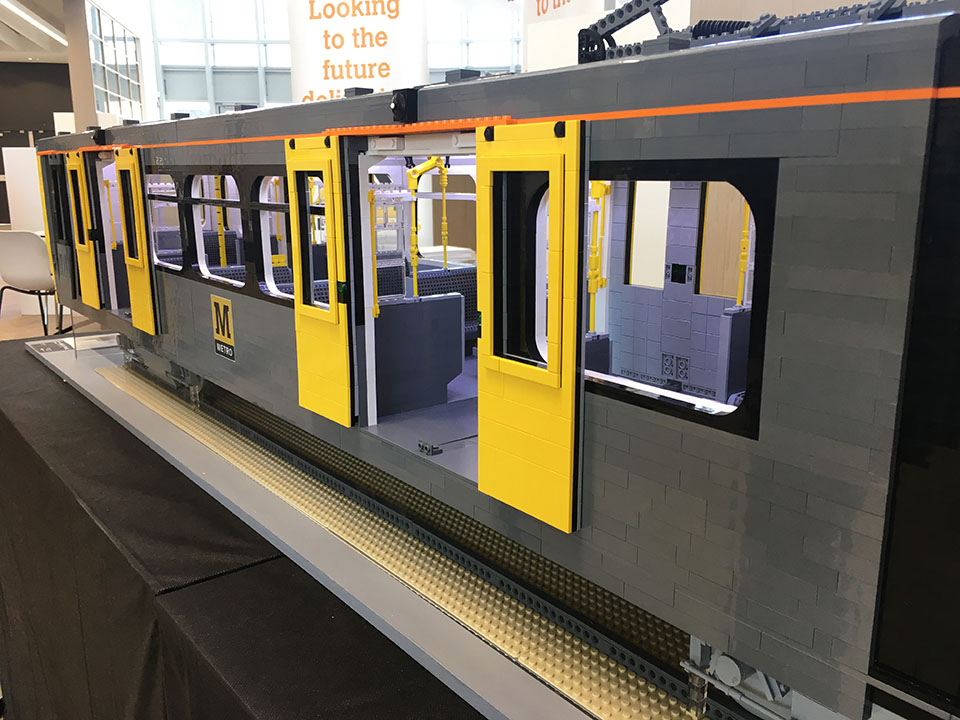 Last week saw the completion of the “Brick Metro” completed in South Shields at The Word.

Nexus, the operator of the Tyne and Wear Metro service, had commissioned Steve Mayes to design and build a LEGO Metro train, with half of it to be completed in a public build event. Tickets inevitably disappeared very quickly! Luckily, Steve asked for some help in the public build, and I got to supervise some very eager builders and see the construction of the model first hand. 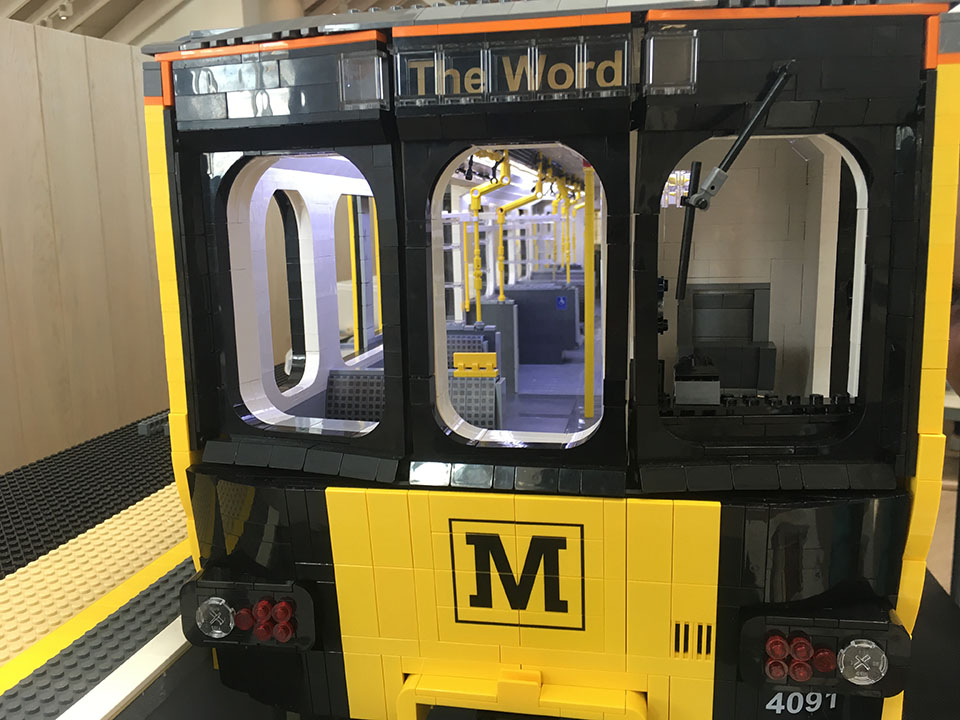 About the LEGO Metro train

The LEGO model is truly impressive, and includes a huge amount of detail, including fire extinguishers, the Metro network map, replicated seat patterns, and a detailed replica of the driver’s console.

A close-up of the LEGO Metro’s pantograph for power pick up from the overhead lines. I like the use of Technic pneumatic hosing there! 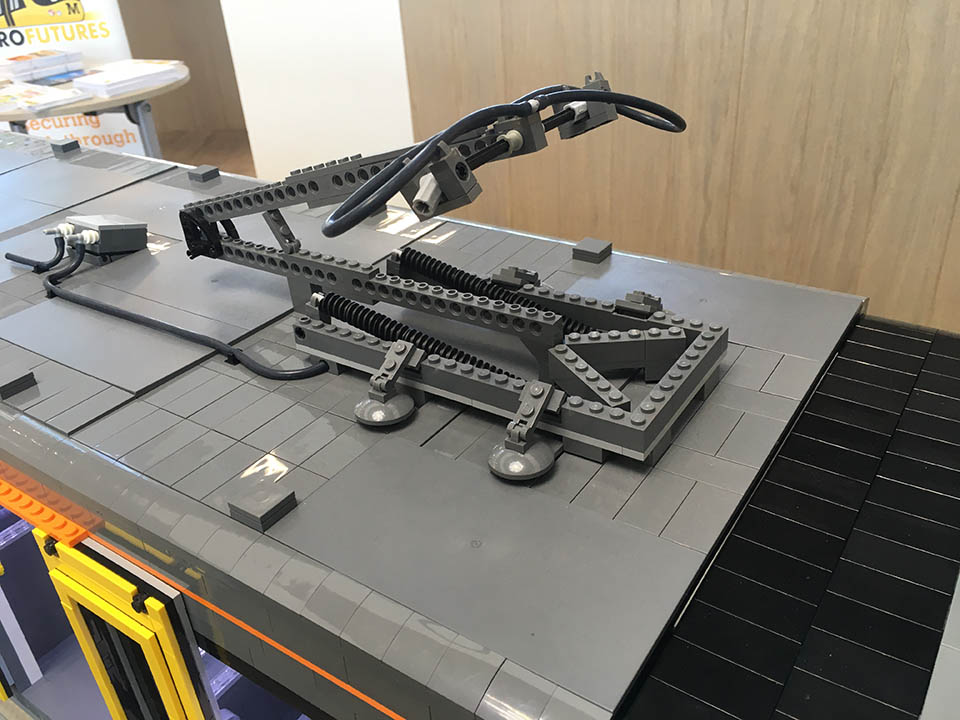 An interior shot capturing the mini Metro map (top-left), and the seat patterns printed on to tiles and sloped LEGO elements. It works brilliantly! 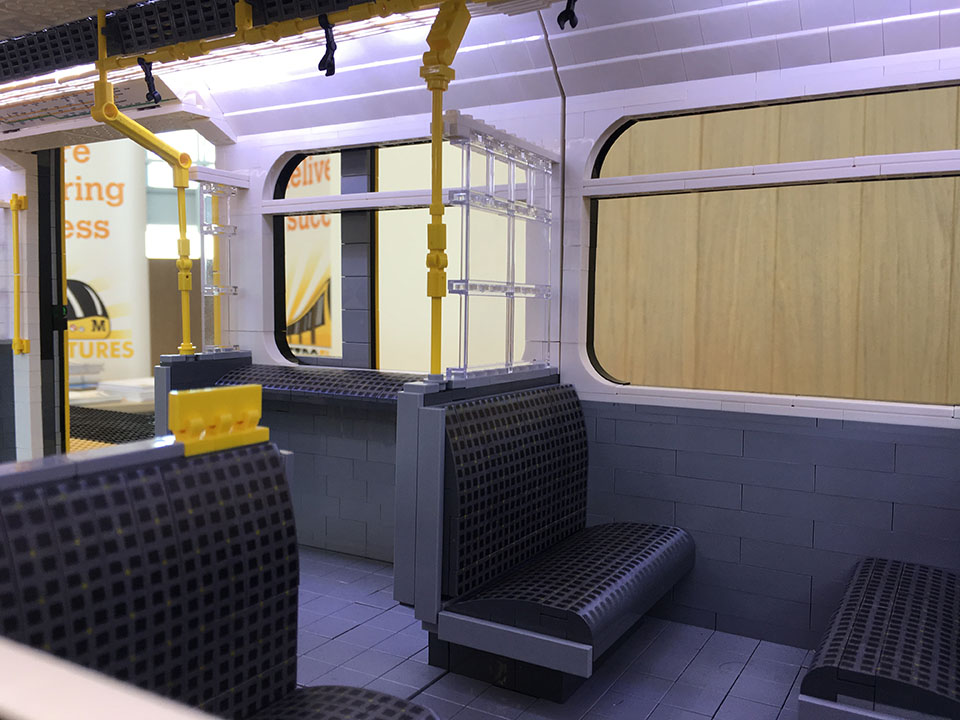 Another interior shot, showing the central pole for passengers, the Metro map (again), and the doors in a closed position. You can also see the interior lighting coming through the grates above the door. Note the LEGO parts bag peaking through the window on the right – oops! 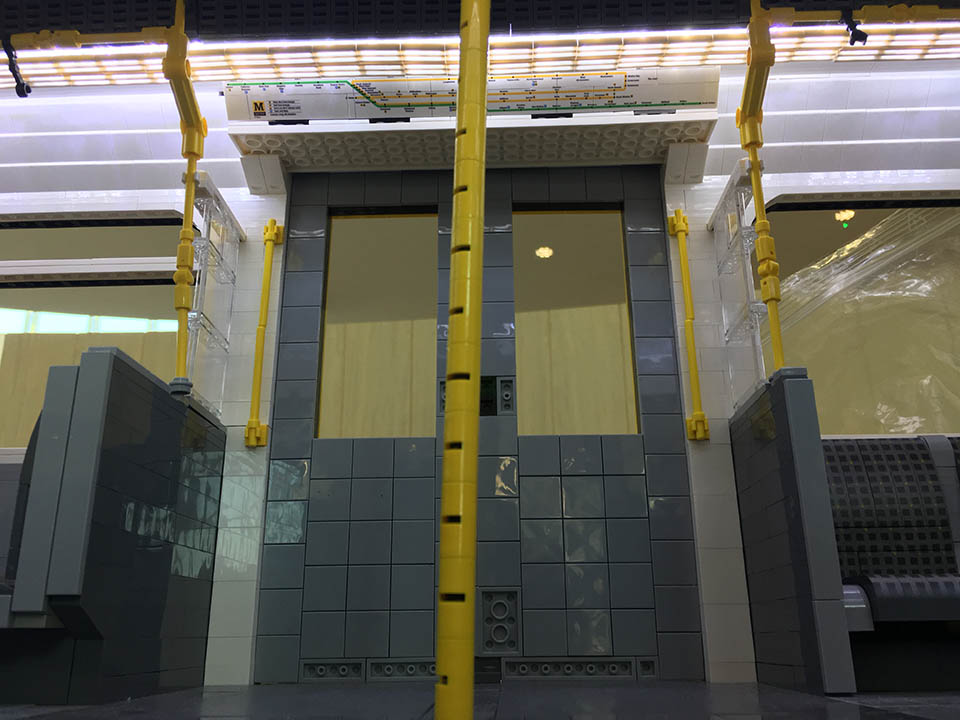 The LEGO model will be left on display at The Word, the National Centre for the Written Word, in South Shields, until around the end of September 2017. The Word is well worth a visit anyway – some brilliant telescopes to see a closer view of the ships coming in and out of the River Tyne, as well as a nice little cafe and exhibition space (currently a history of pirates on screen).