LEGO track geometry may not sound exciting, but it presents some limitations for the LEGO train fan.

Most LEGO train sets you receive contain a simple loop, or a loop with a single siding, and aren’t overly inspiring, but with a little knowledge and inspiration, more complex layouts can be achieved – great for LEGO train displays, or just your city at home.

LEGO track geometry may not sound exciting, but it presents some limitations for the LEGO train fan. 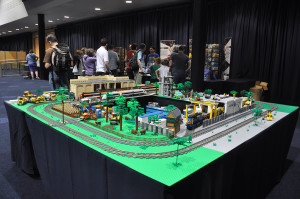 This article on LEGO track geometry is largely based on content I remember reading on another website years ago, which I’ve since found. I found it invaluable as I was investigating more unusual track layouts for my LEGO displays, so hopefully it will prove of use to others, too!

There’s also a great PDF by Donát Raáb (Google Drive link; updated December 2021), a Hungarian AFOL who has built some impressive trains and scenery, too – check out his Brickshelf galleries.

Most LEGO train sets you receive contain a simple loop, or a loop with a single siding, and aren’t overly inspiring, but with a little knowledge and inspiration, more complex layouts can be achieved – great for LEGO train displays, or just your city at home.

The basics of LEGO track geometry

At first, LEGO track geometry can look quite limiting, with only a few distinct track parts available:

Traditional LEGO track layouts use a standard pattern. In standard LEGO track geometry, single tracks running in parallel have a space of 8 studs between them, and are placed 4 studs away from the edge of a standard 32×32 baseplate: 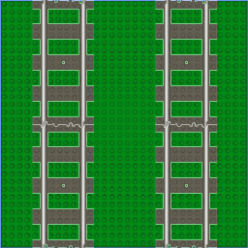 Following this rule allows track to form a full loop for your LEGO trains, .

Note that the two tracks above which run parallel across the baseplate are 8 studs apart; this is the standard distance required for a point (US: switch) to connect to the other line, as demonstrated below: 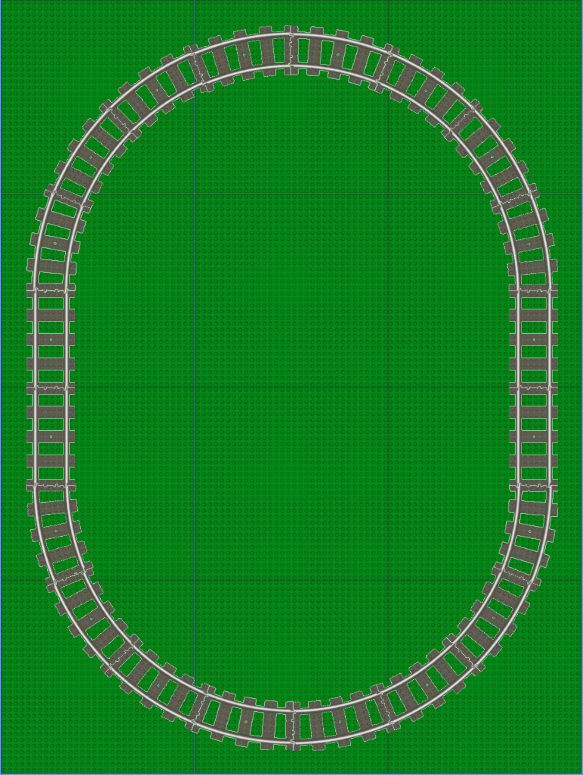 The layout below uses 16 curved tracks for the overall loop, and an additional curved piece to connect the point (switch) to the siding’s straight track: 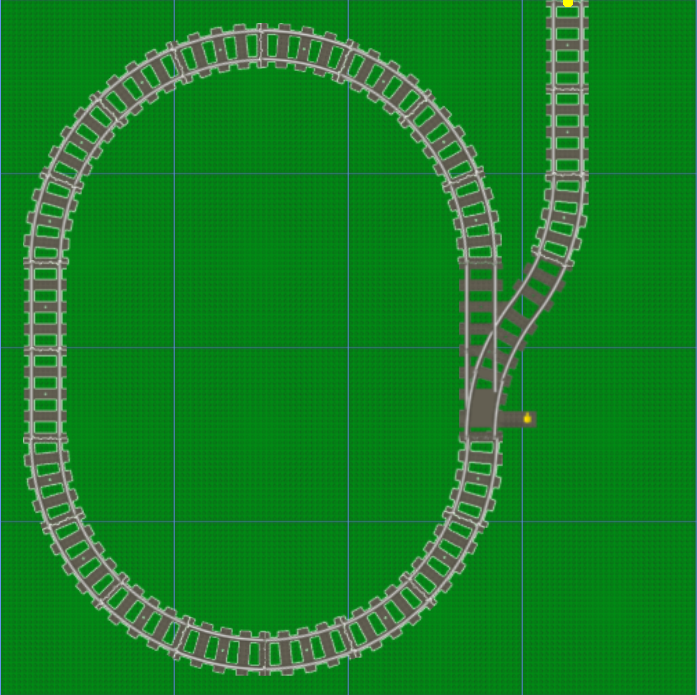 Simple loop with a passing loop

Enlarging a simple loop’s length, you can introduce a passing loop, which could be used as a railway station, or just to allow another train to pass in the opposite direction: 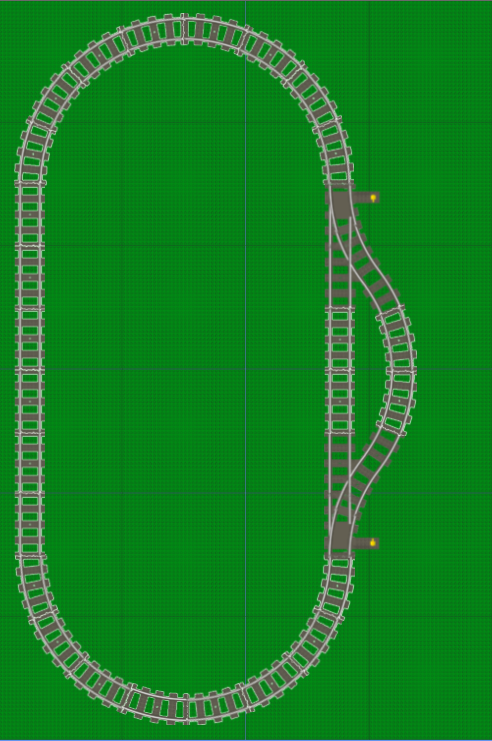 Another option for your LEGO railway is to have a simple “end to end” layout, where trains are able to run from one terminus to the other, and back. This ideal if you have a small space for your LEGO track, as you don’t need to accommodate the large corners:

This type of layout is also particularly good if you happen to like running your LEGO trains very fast (so long as you remember to slow down before the other end!).

So, the simpler track plans have been covered above. But what else can you achieve with LEGO track? With the given track pieces, you can actually achieve some reasonably complex track layouts, and configurations that are slightly more real-to-life.

A wye can be used to turn a train around, and can also act as an interesting way to direct trains to another line: 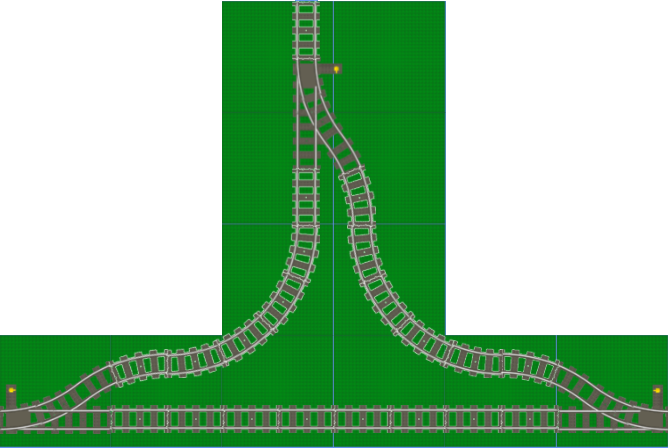 Bill from Brick Pile also suggests a more compact version of this wye configuration under the “Wye oh Wye?” heading in his article, linked below.

A great example of a LEGO wye layout is the Texas State Railroad at Palestine (Flickr photo here).

Caution: creating a wye such as these using powered 9V track causes a short (as one side, such as in this diagram), so trains won’t work! You can ignore this for the plastic remote controlled (RC) or power functions (PF) track that comes with contemporary LEGO train sets.

LEGO track also allows for turntables to be created: a great addition to any LEGO layout! There are examples all over Flickr and Brickshelf of how you could power these.

Especially for a LEGO train layout in a smaller space, the Inglenook sidings puzzle could prove interesting for you:

This relatively simple sidings arrangement (the important thing to maintain the puzzle’s fun is that the mainline track should be in a ratio of 5:3:3 to the two sidings) allows for a lot of shunting (US: switching) fun on a relatively small footprint: ideal for LEGO train fans with only a small amount of space to play with!

You can read more about Inglenook sidings in general railway modelling here.

Some LEGO fans cut (!) and modify standard LEGO track pieces in to the sizes and at the angles they require. As an example, see the work of Michael Gale and especially his Fareham Junction layout, who has achieved some stunningly realistic track configurations.

A final mention goes to the fantastic (and free!) BlueBrick software, which is a very handy way to design and test your LEGO track layouts on the computer before committing to them in reality. All of the graphics of track layouts above were generated in Blue Bricks.