Time for another LEGO fan interview! In this article, it’s time to talk to James Pegrum, a UK AFOL I’m sure will be a familiar name to many, about his LEGO models and the LEGO hobby.

If you don’t know of James, you probably do know of his LEGO models, as he’s one third of the Brick To The Past collaborative who build large scale LEGO models.

James lives in “deepest, darkest Devon” (is there any other type of Devon, I wonder?), and you can find him at LEGO events throughout the UK most years. 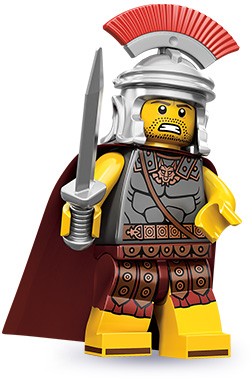 “I would love to see a Roman theme, I know it’s not really ‘bringing’ back as they only ever released two Roman themed minifigs but nonetheless, we could really make do with more of those amazing figures.”

I’d love more Roman / classical themed figures in their collectible minifigure series. I have many of the centurion figure (Roman Commander, from series 10).

“I’m working on a few projects, mostly elements of my contribution to Brick to the Pasts annual displays. So, my main building project right now is for our display this year.  I wanted to build one feature, which interests me cause of the features, this is now sitting in my secondary workshop waiting to be fitted out.”

“It sits away from my main section, though is pretty hefty in size. I’m also working on my main section for this years build, but this has been collecting dust for a while.  In truth, there are quite a few sections of builds collecting dust waiting to be finished off.  I seem to have more ideas these days than time to build them!”

We love a bit of mystery in an interview. I suppose we might see what you’ve been working on in 2021, given that UK shows have been cancelled this year due to coronavirus.! 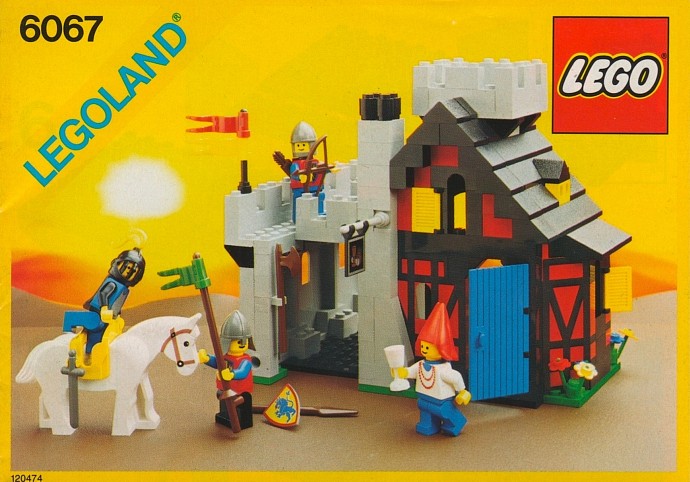 “That is one hard question, getting on in years I have some many to go back over!  Plus Lego makes so many good sets for different reasons be overall design, parts, costs and so on.  But to answer your question with one set I’d have to go for one I liked as a kid (as this was a key influencing time in my life).  Loved the classic castle range, which I pretty much had the whole lot, so singling one out I’m going with the Guarded Inn [6067].”

“This was at the time when Lego-built sets that would combine with other sets and this was a beauty of an addition to the castle along with other sections of wall and the like.  This had a nice feel with the mix of grey curtain wall and timber frame with red (brick?) infill.  Loved the figures as well with the ‘Lady’!”

Classic castle is a big favourite with many adult LEGO fans. I really love the pub sign, and the red wall sections – adds a bit of colour to what could be quite a “dull” model!

“There are so many good builders that in many ways I wouldn’t want to single them out in case I miss any.  When I started out Pete Reid was a great encouragement and inspiration, though I think I disappointed him cause I ended up building castles and not space ships, none the less a lot of what he taught me has influenced how I build. In the world of castle Luke Hutchinson and Barney Main have been a great inspiration and lastly and not least from across the pond Mark Erickson.”

LEGO castles are never a disappointment, surely?! Pete is a great builder – as many people know, I’m not the world’s biggest fan of LEGO spaceships, but what Pete and other LEGO space fans manage to create from bricks is truly impressive. I was particularly impressed by Ben Smith’s model of a reimagined LEGO 928 Galaxy Explorer set, which he talked about at a recent event I ran, Bricks At Home:

“Well, that would have been a bit answer a few years back! If you were to look at my collection you might l think light bluish grey, though I’d have to go with dark orange, a more natural colour, just as it adds so much throughout my modelling experience.”

What is your favourite LEGO element, and why? 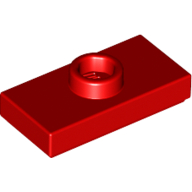 “Has to be the jumper plate as it allows so much variation in building.  Trouble is once I start using them I tend to need 100s. Plus the changes Lego have made over the years has really increased its versatility.”

What’s your most unlikely source for inspiration for a LEGO model?

“Has to be Hadleigh castle and the tower which has half fallen away exposing the mechanics of medieval toilets!”

We do love a LEGO toilet – kids seem to love seeing them at LEGO shows!

Where do you build your LEGO models?

“Mostly in my LEGO room, though I do have to workspaces including the garage which I’ve had to expand into due to my increasing collection.”

It seems to be a common theme that LEGO builders’ parts and building expand to fill the available space!

“This is even harder as there are so many varying reasons to a favourite MOC.  Plus you could ask ten people and you’d get different answers, not that it is a good measure of what I think.”

“I tend to be my own hardest critic and often drop certain tweaks I would make down to time and budget constraints, plus I have built on a varied scale from small to reasonably large.  I think I’d have to go with Tigelfah Castle, just cause it is my biggest castle to date and so varied in shape and landscape.”

I think many builders are their own worst critics. As a builder, you know all of the bits of a model you didn’t quite finish in time for an exhibition, but the viewing public – and other AFOLs – don’t tend to pick up on those.