I first came across LEGO superfan Matt (@MC_Survival_Man) on Twitter, sharing photos of some of his great Miniland-scale builds. This scale is used thoroughly throughout the LEGOLAND theme parks, and has a really distinctive look that Matt’s models manage to capture beautifully.

“My favorite LEGO color is Lavender, although Aqua is a close second.”

I really like the newer pastel colours LEGO has introduced. There’s a surprisingly large range of parts available in this colour, too

What’s your favourite LEGO set of all time? “My favorite LEGO set of all time is 3724 LEGO Dragon – mainly because it’s so unique (and a LEGOLAND model!).”

A great pick – this set has plenty of character! I’ve just added it to my Brickset wanted list! “My favorite LEGO element is the Brick 1X1 W. 2 Knobs, Corner (design ID 26604). This piece really helped me out in a few of the creations I was stuck on, so it is one of my favorites.”

This is a great piece – only recently introduced in LEGO Creator Expert Assembly Square (and a few other sets since).

“I really would love to see the Adventurers theme make a return – it is my favorite LEGO theme.”

I remember this theme vividly as a child too – Johnny Thunder (also known as Sam Grant and Joe Freeman in some markets) was one of the characters I used to love playing with. Quite an iconic figure these days!

“My best MOC was a 3ft tall LEGO Batman clock figure that I built for ClicTime (the awesome company that makes the LEGO clocks and watches). “ 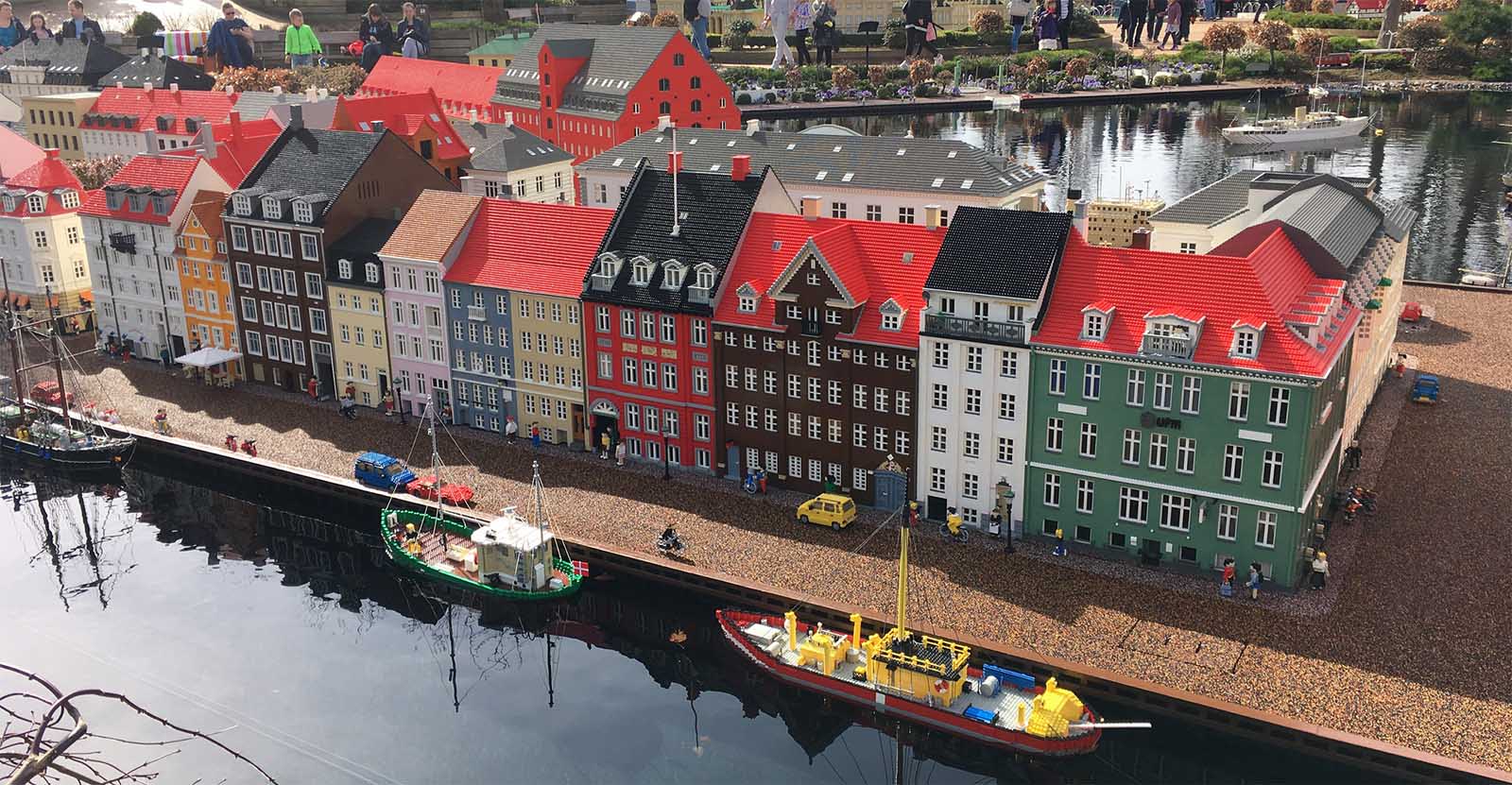 Which other LEGO builder(s) do you admire?

“I really admire the LEGO Master Builders at LEGOLAND parks. (Mainly because I’m working towards being one soon!)”

The Miniland builds at LEGOLAND parks are brilliant – and the natural, outdoor setting really lends itself as a backdrop to LEGO models.

Have you had any unusual sources of inspiration for LEGO builds?

“I was walking my dogs and got a great idea for a LEGO tree design.”

A change of environment helps me, too – just changing the room I’m sitting in, or going for a walk seems to help me think differently about a model.

Which LEGO models are you currently working on?

“I am currently working on 1ft LEGO figures based on LEGO themes to throw on to eBay. I just finished Master Wu, but I still have to design the fabric for his robe and I still have much more tweaking to do in the future.”