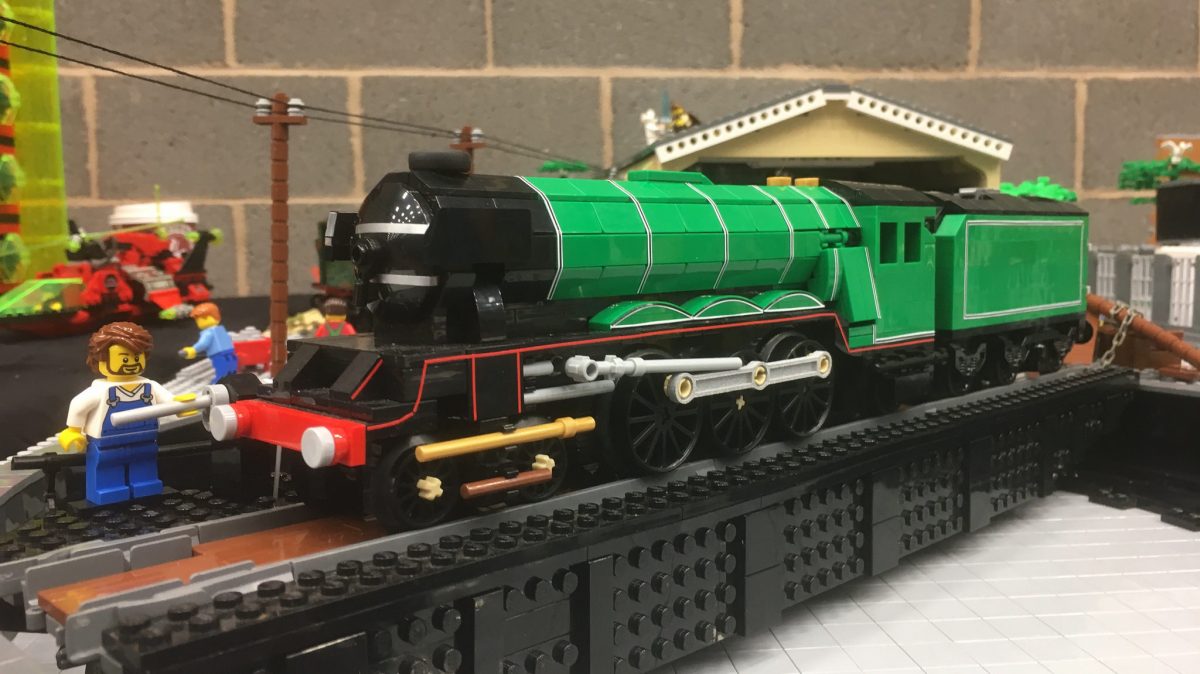 I came across Isaac Smith‘s brilliant LEGO locomotive designs on his Flickr account, and he quickly became a regular part of the LNUR display team, stunning the public (and fellow AFOLs!) with his steam locomotive models.

“It’s hard to pick a favourite- but the one I had the most fun building in recent memory was the Creator Expert Assembly Square. Wonderful detail.”

It’s a great build; I love the direction LEGO have taken with the interior detailing of the modulars more recently. Plus, who could turn down all of that sand blue?! 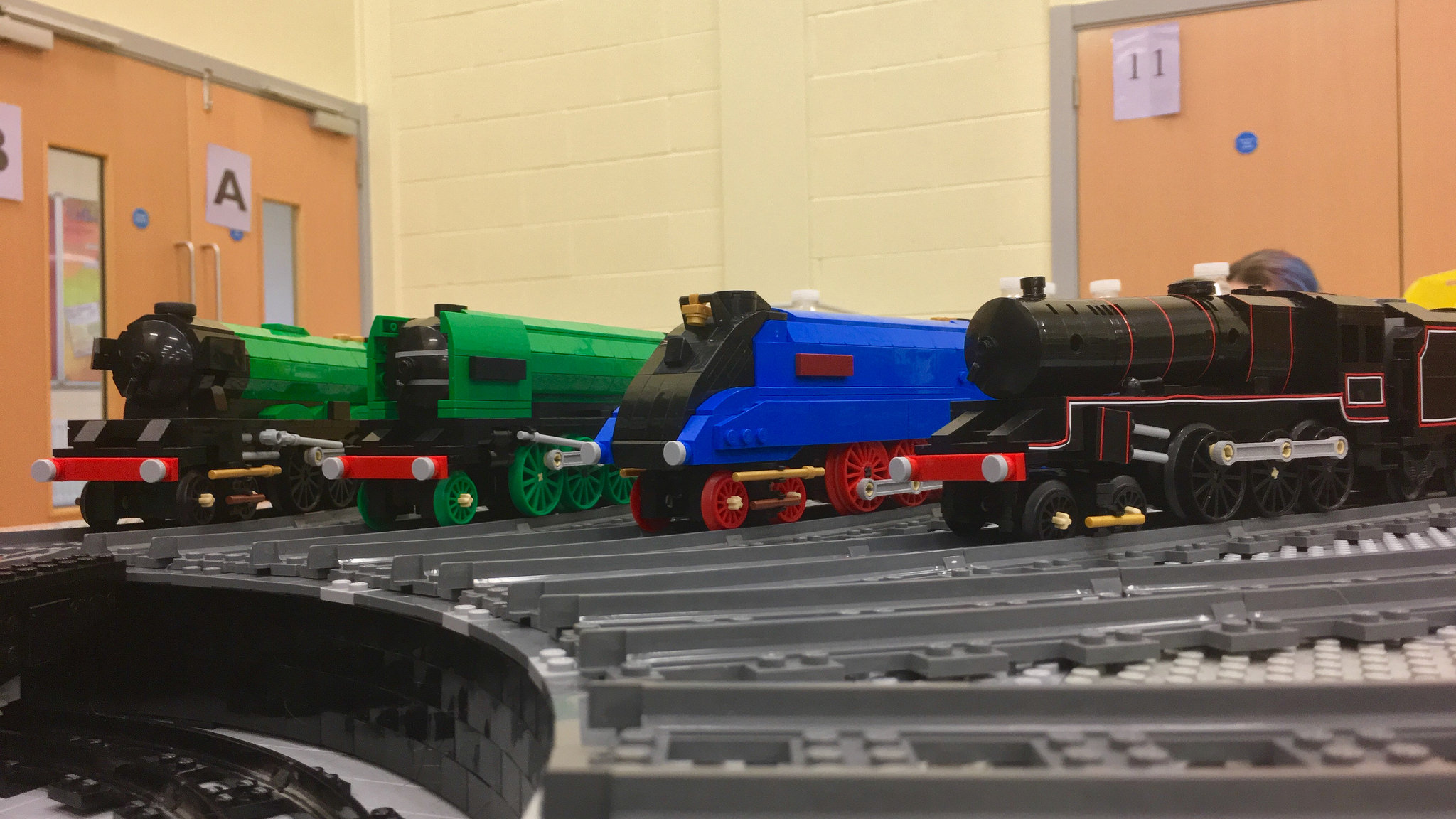 “Mallard may be my favourite. It kicked off my craze for building Lego engines.”

This is one of your models – Flying Scotsman being the other – which the public of all ages absolutely love to see running. Not many other locomotive models we display tend to come close to the recognition Mallard gets!

I’ve been lucky enough to see a sneak peek of this one, and can’t wait to see it at LEGO shows!

I’m not sure what it is with AFOLs and the dark/earth colours, but they are beautiful!

Your locos certainly use a lot of the cheese slopes! And they’re available in quite a range of colours which must be handy for loco building in various liveries. 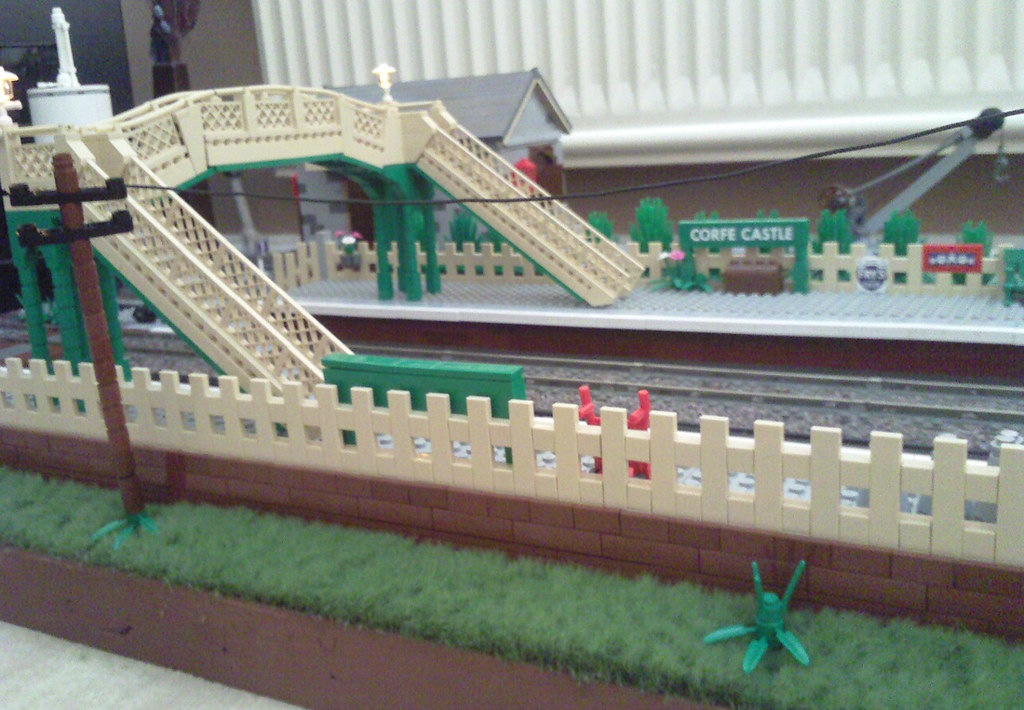 “Carl Greatrix and a brilliant fella on Flickr who goes by ‘britishbricks‘. Both do/did incredible Steam Train MOC’s and are a huge source of inspiration to me.”

Of course, Carl is probably better known these days for the design of the LEGO Ideas Caterham set!

“In my room at home, mostly. Have a wonderful stack of drawers with parts sorted by colour.”

“Harry Potte– Oh would you look at that!! [LEGO have just released a new Harry Potter line of sets, including a new Hogwarts Express set.]

Dino Attack was a great theme – I’m a sucker for LEGO dinosaurs as people who follow me know! The new Harry Potter sets are growing on me – I’m particularly drawn to the new quidditch set for some reason.