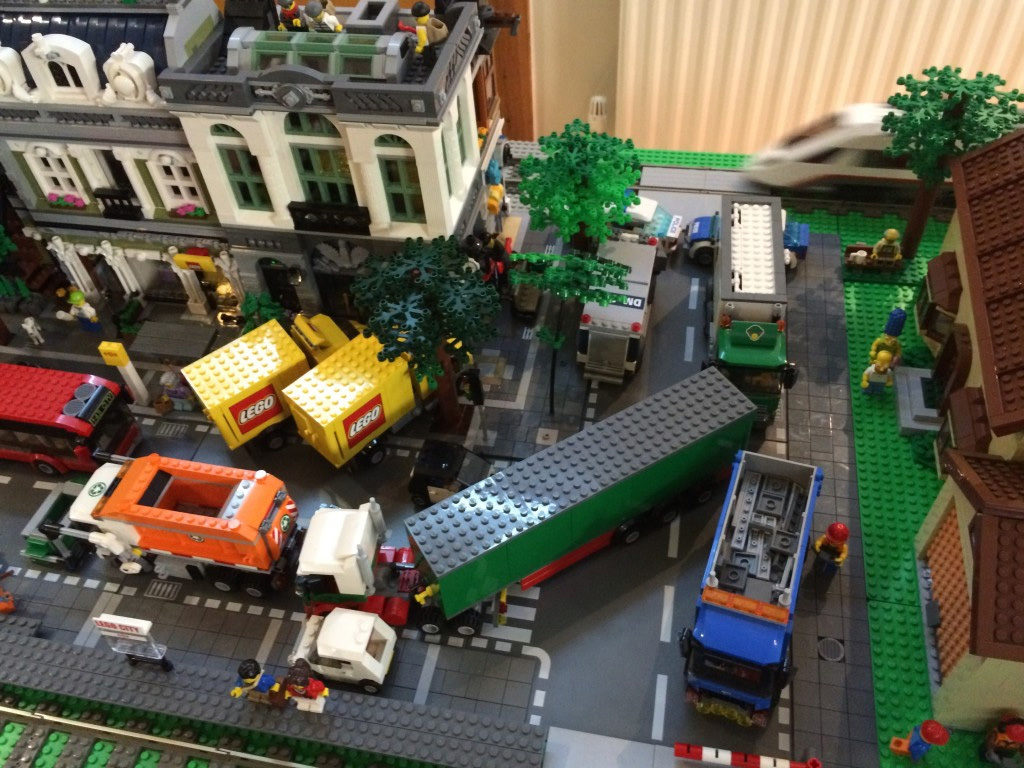 If you’ve been tasked with organising a LEGO event or activity for your museum, it can seem like a daunting task. Here’s a list of (mostly!) tried and tested LEGO events for museums, which could provide a starting point for your own ideas.

Whether you’re looking for free-to-attend event ideas, or activities to generate additional revenue for your museum, this list of LEGO activity ideas for museums is a must read!

There are a few variations to this idea of hosting a large-scale, collaborative LEGO build activity for visitors to your museum:

There are a few systems that allow the creation of robots using LEGO, with a programming aspect to the event (which will require access to a number of computers): challenge visitors to build robots to undertake a particular course. Easier events may involve getting the robot to follow a specific course on the floor; you can increase the difficultly for an older visitor demographic by creating an obstacle course, or pitting robots against each other in battles.

If this activity appeals, it would be wise to research LEGO Mindstorms and LEGO Boost for your museum – expect a reasonably high initial investment, but with fun for years to come!

This is a great idea if you’re low on budget, as it only requires the hiring of LEGO for the duration of the activity. Allow visitors to build their own vehicles in LEGO, and launch them down a ramp to see how far their design reaches; a sort of LEGO drag race!

You could also consider prices for the furthest distance reached, and most innovative designs.

Another activity which is relatively easy to organise is a LEGO bridge-building task: organise visitors in to teams, and challenge them to build the longest-spanning bridge in LEGO. Give the teams a set time period (say, 15 minutes), to build a bridge of their own design with the longest single span between supports. You can award prizes to the longest bridge, and for bonus attributes such as ‘strongest bridge’ (try applying weight to the span of the bridge, gradually adding more weight until it collapses!).

Be wary of allowing buildings to get too tall to prevent injury when they inevitably collapse!

As a good draw for venues can be a LEGO exhibition. There are a few ways you could consider doing this for your museum:

LEGO activities can draw a great number of new visitors to your museum, intrigued by the promise of a hands-on activity involving all of the family. You can also consider side activities such as colouring and a play table, to prolong the visiting time in the venue.

I also offer a LEGO event organisation service, so if you would like help planning and running your next event, please do get in touch.