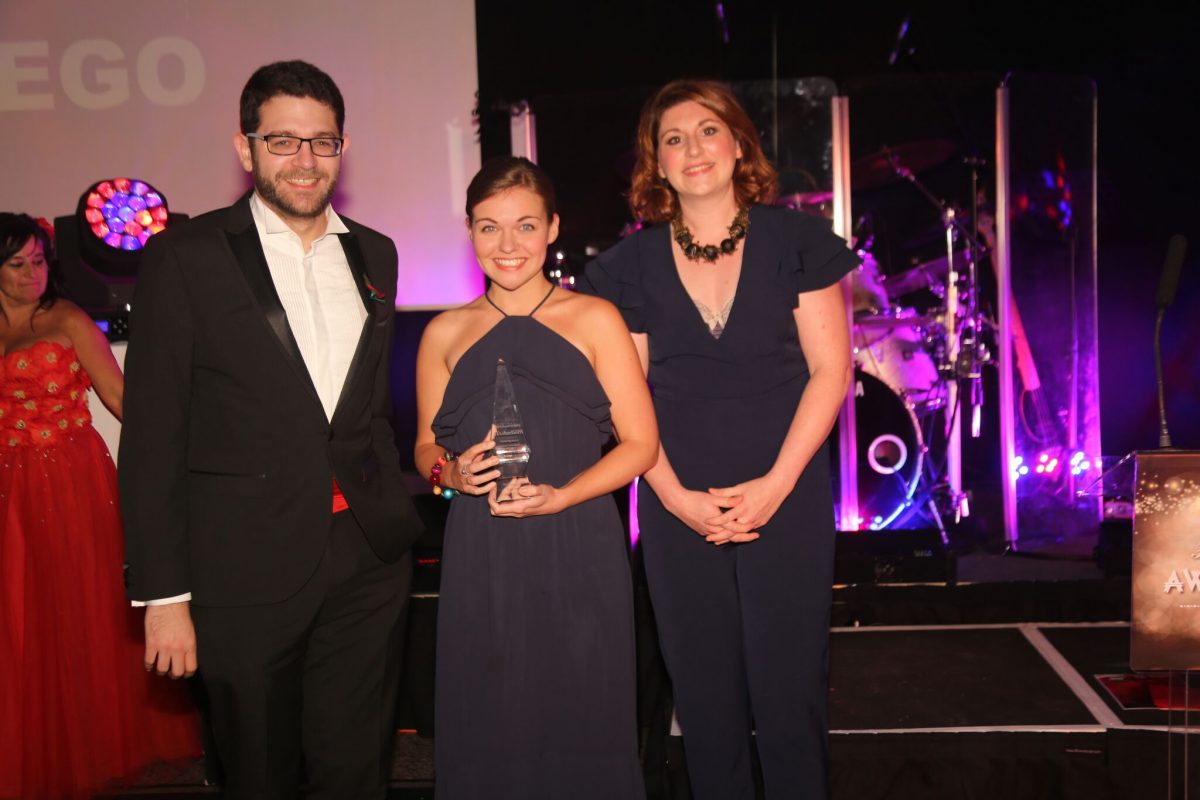 As a volunteer on the Durham Cathedral LEGO model project for its three year course, it was with great pleasure – though no surprise! – that this fund-raising project has received three awards.

Durham Cathedral in LEGO was a fund-raising project that ran for three years, from 11th July 2013 – 29th July 2016. During those years, the project raised over £300,000 including Gift Aid, with the help of a large team of volunteers who helped guide members of the public to place bricks on sections of the model.

The model was designed by Bright Bricks, and each brick placed was made after a £1 donation by a member of the public.

The funds raised were used towards restoration work and a new museum and exhibition space as part of the Open Treasure project, to allow the cathedral to host a larger range of exhibits in world-class surroundings. Visitors to the cathedral (free entry, all year) can see the LEGO model on display.

Visitors to the cathedral (free entry, all year) can see the LEGO model on display in the cloisters/undercroft area of the building.

My involvement with the Durham Cathedral LEGO model

As a volunteer, I invested 100s of hours to help promote the project to the public and build the model both in-situ at the cathedral, and across the North East at shows and exhibitions. I was also fortunate enough to be at the Durham Business Group 35th Anniversary awards dinner in November 2016 at Beamish Hall Hotel (feature photograph, above), accepting the award on behalf of all volunteers and staff members of the cathedral involved.

The cathedral even held a small LEGO exhibition to celebrate the project’s second birthday. I’ve since made LEGO models of Durham Cathedral, including one that appeared in the Gateshead Metrocentre LEGO store for 3 months in 2016.