This post was written by my friend Alan, aka @itsabrickthing. The lighting set in this review was gifted by Game of Bricks, but the review is based on Alan’s findings as he installed and played with the lighting kit provided.

The LEGO Jurassic Park: T. rex Rampage set 75936 was released earlier on in 2019 with quite a critical response to the set from fans who didn’t relate to the scale of the build compared to the minifigures or the Jurassic Park Ford Explorer which LEGO will hopefully one day release.

Being a huge fan of the Jurassic Park franchise I knew this was a set I would enjoy building and displaying somewhere in my home for all to see. And I was not wrong: the set in its entirety is an absolute joy to build and a brilliant display piece, too. I have since recommended the set to friends and fans of Jurassic Park and they have thoroughly enjoyed the set as much as I did.

The set was complete in my mind until I noticed Game of Bricks had a rather awesome light kit to add to this build! As if a 16 inch LEGO T. Rex in my living room wasn’t eye catching enough, adding lights to it seemed like the perfect idea to complete the set for display properly.

The actual light set features lights primarily for the iconic Jurassic Park gate itself, including the internal scenes in the back of the gate, and the famous (or infamous?) flames at the front of the gate.

One of my favourite parts of this LEGO set was the fantastic mini scenes from the first film recreated behind the gate. These scenes are brought to life with extra ambiance using the light kit, and really do add a wow factor to the build! Each scene is lit up with the lights adding colour to the build such as the generator room where Ellie Satler needs to turn the power back on. This scene is brought to life by the light kit by simply lighting up the trans green and red bricks to make the generator look functional – a really nice addition to the LEGO set itself. 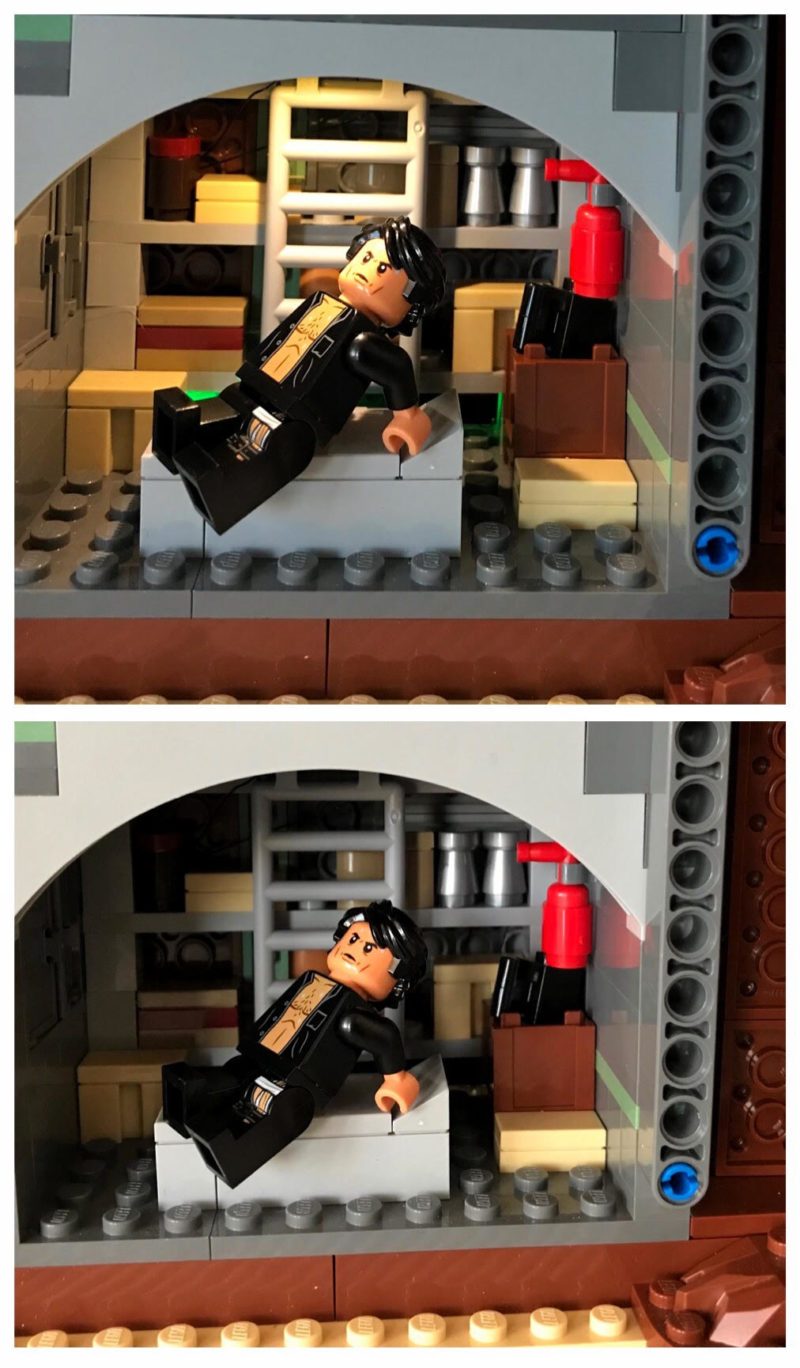 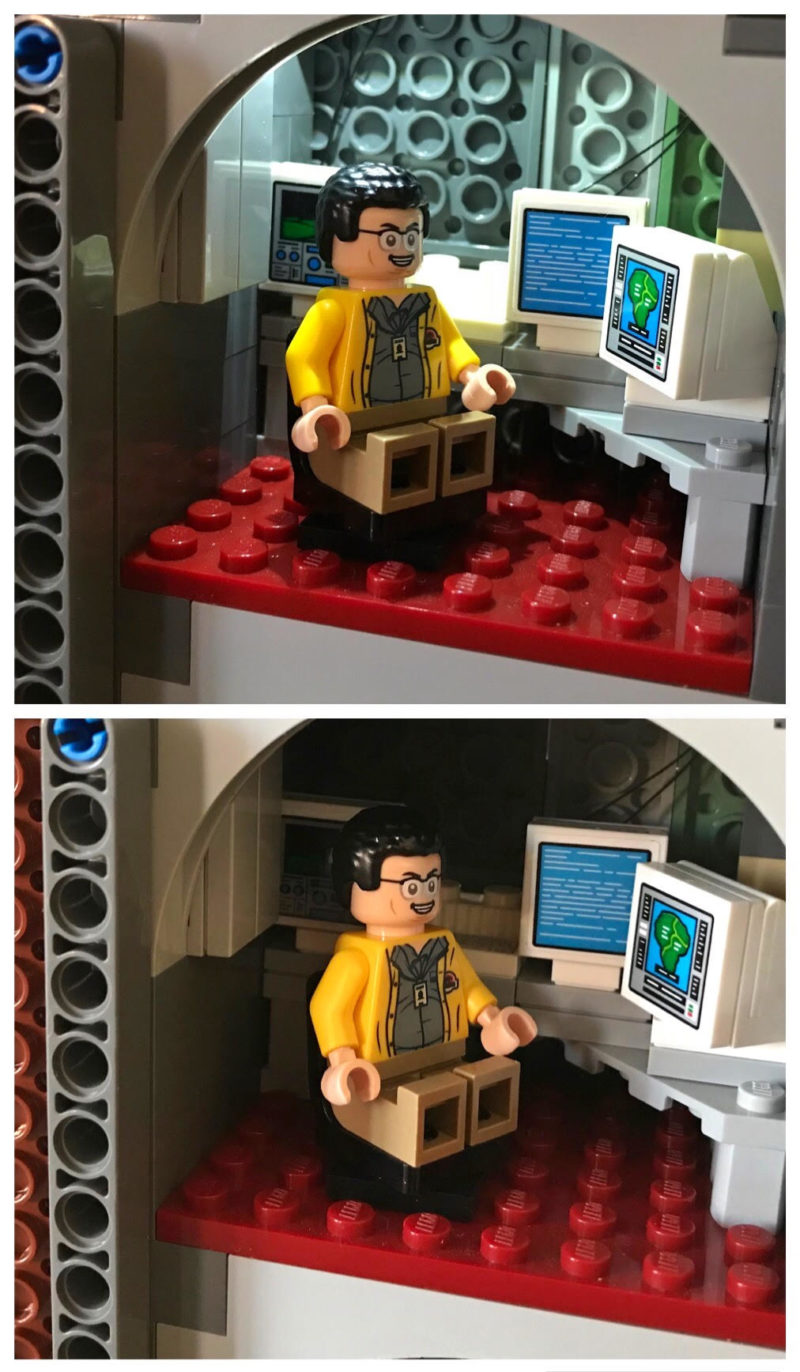 Personally I am not too keen on the lights in the T.Rex itself, as I feel it makes what is already quite a mechanical build look even more mech and something from a scary dinosaur robot film. But saying that, one of the great things about this lighting set by Game of Bricks is that you don’t have to use that part of the kit. And even though it is not my personal preference, I like that the option is there to add more lights to this fantastic build.

I absolutely love detail in LEGO sets and Game of Bricks have pleased me here too by simply adding a light to John Hammonds iconic amber staff. I thought this was brilliant: if you are a fan of the franchise, you will know how important the staff with its mosquito encased in amber is.

Having already built the set I worried this would be a difficult process to add to it. Luckily because of the accessibility of the the set I found it quite easy to to incorporate the Game of Bricks lighting kit, but I would probably recommend building and adding the lights as you go. If you do get stuck adding the lights I found there was plenty of help and support on the Game of Bricks website.

Watch a demo of the light kit in action here:

About the Game of Bricks lighting kit

Game of Bricks lighting kits are definitely worth looking at if you want to light your LEGO sets up. They offer a selection of kits ranging from spaceships, cars, buildings and more. They even make kits to be used in brick builds that come from imagination, so you don’t need to own a set to use them, all you need is a bucket of bricks!

You can purchase this kit directly through the Game of Bricks website here: