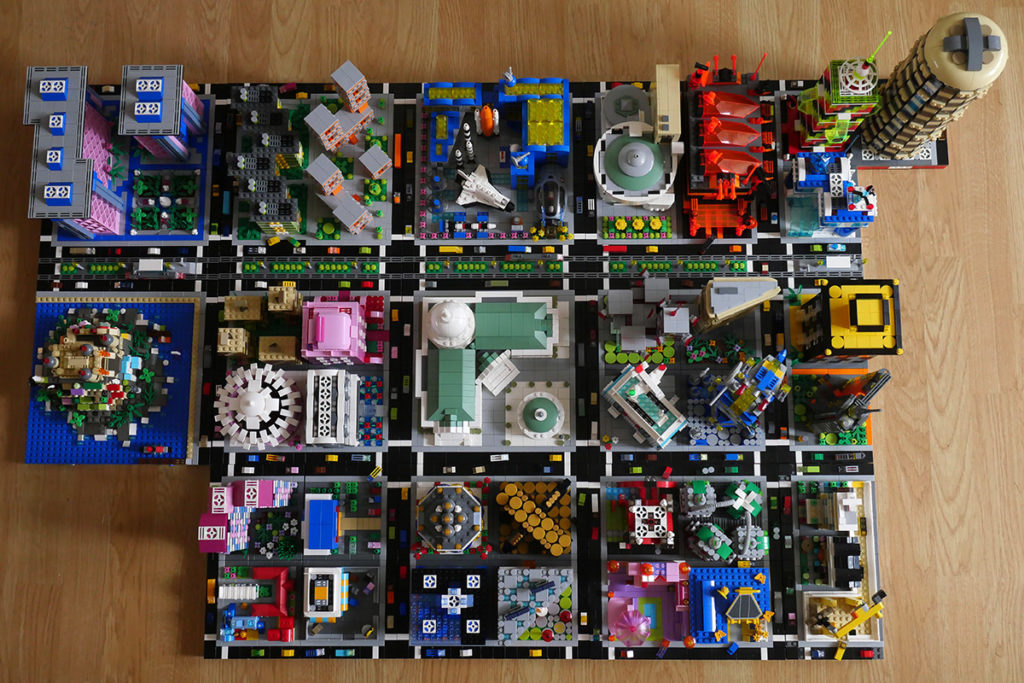 I first encountered Caz on Twitter through a mutual friend, and it didn’t take long for us to start nerding out over LEGO! Her ever-enlarging LEGO micropolis city is particularly impressive in my eyes – I love the creative use of parts (see if you can spot the Belville parts!) and colour schemes for each block she builds.

Based in Chelmsford, and a member of London AFOLs, Caz is impressively determined to visit LEGO events all over the UK (she certainly wins the prize for most distance traveled to a Bricks + Beers event in Newcastle!).

You can find more about Caz on her LEGO blog at cazmockett.co.uk.

“Vintage sets, my favourite would have to be the Classic Space 928 Galaxy Explorer. I never owned it as a kid (I had 918 and 924) but always aspired to getting the bigger brother. Having emerged from my Dark Ages in November 2017, I finally bought myself one from eBay. As far as modern sets go, I absolutely loved building Ninjago City. There were so many clever building techniques and I enjoyed every minute of it, there was so little repetition. It looks fantastic when finished.”

Another classic space fan – seems a recurring theme among many AFOLs.

“The best MOC is always your latest MOC! Ha. I think the one I am most pleased with is my Micropolis scale Air & Space Museum. It was the first time I had designed a building completely in LDD and then actually bought the bricks to complete it. All my other Micropolis modules up to that point had developed from me just playing with bricks I had to hand.”

I love the Air & Space Museum – a great use of parts and colours. 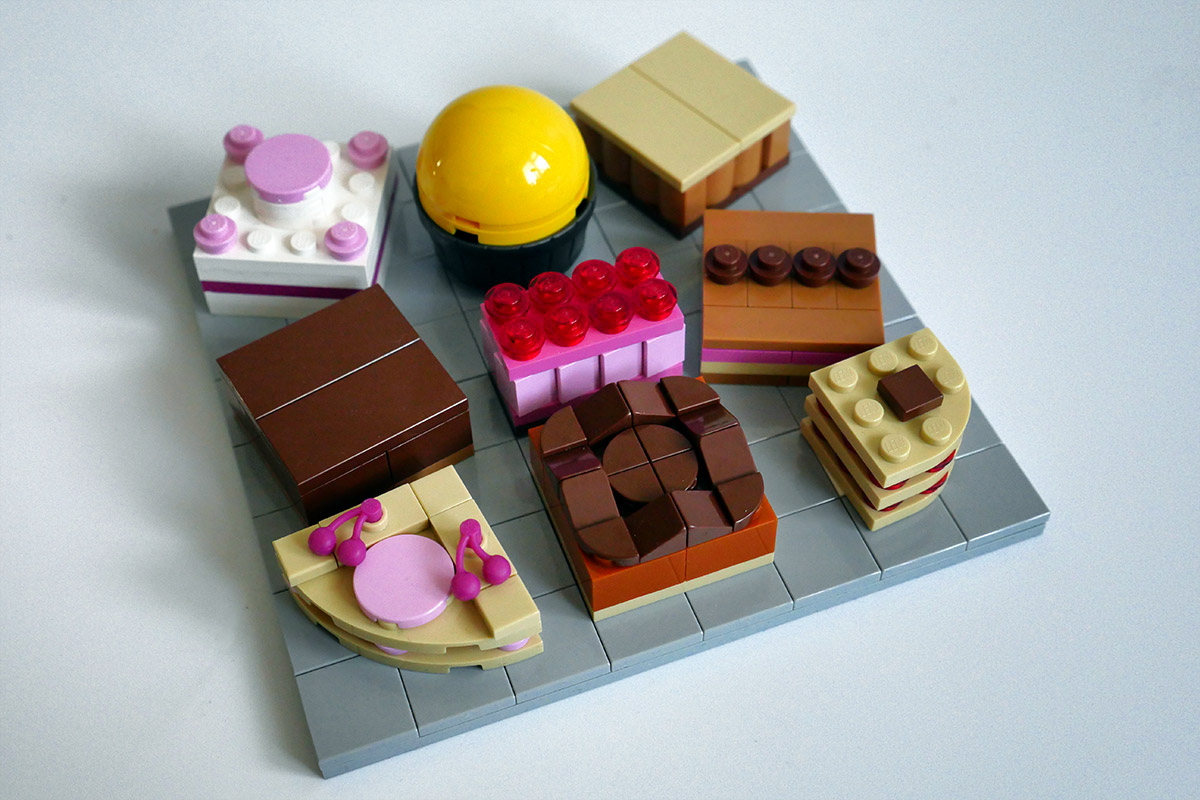 My LUG (London AFOLs) is having an exhibition of real-life objects built in LEGO and placed in appropriate shop windows to coincide with the Caterham Festival in June. So I have just built a tray of luxury cakes to go in the baker’s window, which was a bit of a departure from my normal model subjects. I’ve still got loads of ideas for my ever-growing Micropolis city. It was something I stumbled upon just after I came out of my Dark Ages and instantly fell in love with the concept. I love the variety of possible architectural subjects while still sticking to the 32×32 baseplate “blocks”. I do have a few Modular buildings and will eventually get them into a little Minifig-scale city, but for the moment, Micropolis is the main focus of my MOC activities.

“I love the work of Rocco Buttliere who does some phenomenal microscale recreations of real buildings. He is so inventive with parts usage and I am in awe of the intricacy of some of his works. I would love to see them in person some day. I also admire the exquisite models by Jeff Friesen who won The Brothers Brick’s LEGO Creation of the Year last year, with his beautiful microscale work.”

Some great inspiration there; Steve of Brick This also named Rocco’s work, and it’s easy to see why!

“Sand Green, Oh, how I love thee! I don’t have nearly enough for my liking – why is it so expensive?! (Sobs quietly)”

Everyone loves a bit of sand green!

“I think it has to be the Erling Brick (headlight). It’s so useful for Microscale windows, not to mention the SNOT possibilities it offers.”

Another Erling brick fan! I do love the way such a seemingly simple LEGO element can be used in so many creative ways.

“Donald Trump! One of my earliest Micropolis modules is called Obsidian House, home of the Trumped Up Corporation. It’s a hideous mix of gold bling and black shiny details. If you shrunk DT to Micropolis scale he would be right at home there.”

“Classic Space. You know, with the proper colour scheme – blue, light grey and trans yellow. Anything else is just wrong!”

I was more of a Blacktron kid – still have most of the sets somewhere. There is something very iconic about the colour scheme, though – and I love a bit of trans yellow!

“In the spare room at home. Although once built they do seem to escape all over the house.”

Funny, my LEGO models have a habit of cluttering the house too!