I’m really pleased to annouce the first Bricks + Bricks LEGO social event for adults next month in Newcastle upon Tyne.

If you’re already sold on the basis of “LEGO”, “beer” and “Newcastle upon Tyne”, head over and RSVP on the official Facebook event.

We’ll be meeting at arch2 in Ouseburn, Newcastle upon Tyne at 7pm. The venue has a great range of beers and burgers, as well as soft drinks. The venue is also wheelchair accessible (though is on a fairly steep hill).

The idea behind Bricks + Beers is pretty simple: get a group of adults together, and provide a little structure for them to play with LEGO bricks throughout an evening.

This came about after speaking to lots of adults (largely parents) at LEGO shows throughout the UK, who enjoy LEGO as much (sometimes more!) than their kids. The idea of an adult-only LEGO social event to provide a chance to relieve the fun part of your childhood (LEGO!) in an adult environment was born. For more serious LEGO builders and collectors, there are LEGO User Groups (LUGs) which tend to be LEGO show/exhibition focused, though some do offer activities and events too.

There’s a small charge for the event to help cover some LEGO prizes for challenge winners. There’s also plenty of time to flex your creativity in a free build session at the end of the event. 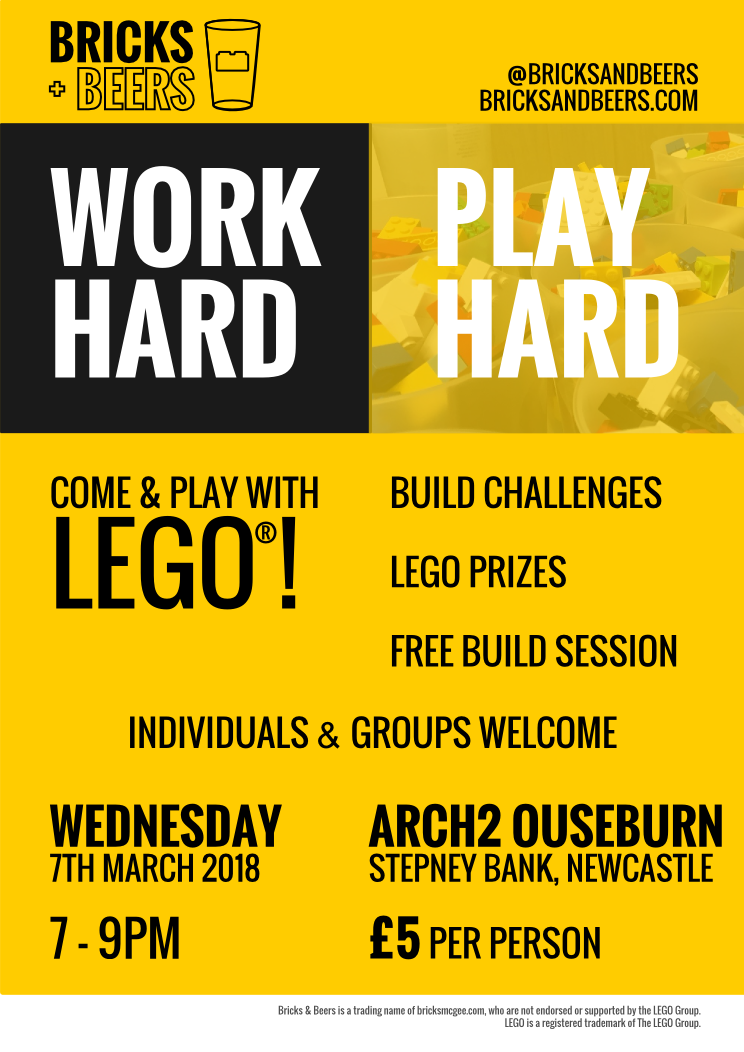 The event already looks more popular than I’d anticipated (LEGO seems to have that effect on people!), so if you can’t make this event look out for future Bricks + Beers events on the website: bricksandbeers.com.