As an AFOL (Adult Fan Of LEGO), it can sometimes feel like you’re the only adult who loves playing with bricks.

This list of LEGO Facebook groups and pages for AFOLs will introduce you to a worldwide community of like-minded LEGO fans, ideas and inspiration.

It is worth noting that all of these recommended pages have allow no selling or promotion.

AFOLs of Facebook is one of the largest Facebook groups for Adult Fans of LEGO, with almost 11,000 members at the time of writing. There’s a good mix of nationalities between all the members, with Australasian, European, American and Asian members posting throughout the day. The group is fairly well moderated by the admins, too, so spam and off-topic content is removed fairly swiftly.

Some of the content can be a little repetitive with multiple reposts of LEGO announcements and news, but this is to be expected in such a large group.

LEGO Train Fan Club is one of the largest Facebook groups for LEGO train fans, with over 5,000 members at the time of writing. The group is fairly active, with a good mix of both custom and out-of-the-box posts. Ideal for LEGO train nerds!

New Elementary is a must-like Facebook page for true LEGO fans. With around 2,500 members at the time of writing, New Elementary leads the way in to new LEGO elements being released, allowing you to keep abreast of new parts – and existing parts in new colours – as well as providing some really inspiring content from their network of contributors on unusual part usage.

Brickset, one of the longest running LEGO fan websites after reaching the grand old age of 20 years this month, is another must-like on Facebook for LEGO fans. Documenting each LEGO set and LEGO element, Brickset has become the resource for AFOLs all over the world, and their Facebook page keeps you up to date 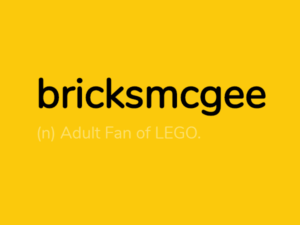 Do you have any more suggestions for the best LEGO Facebook groups around? Tweet me your suggestions!