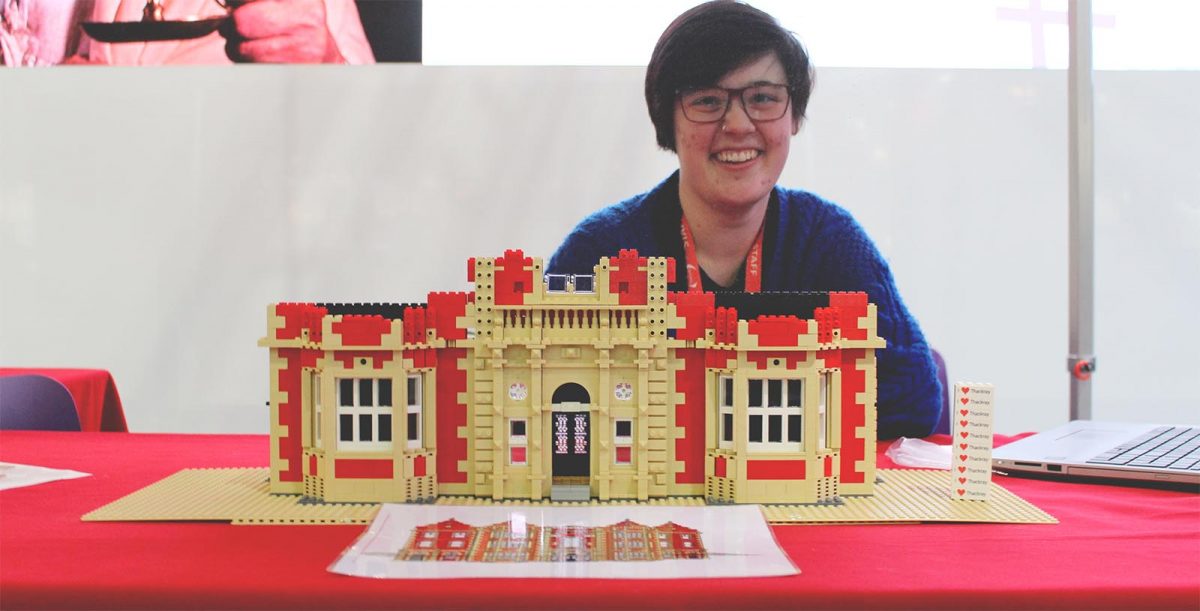 This month’s interviewee is a little different – Katie is a full time LEGO coordinator for the Thackray Medical Museum working to raise £150,000 with help from the public to build a model of the listed building the museum is situated in Leeds, West Yorkshire.

It’s a nice-looking project, and one I hope to visit eventually – it reminds me of the LEGO model I spent years as a volunteer on at Durham Cathedral!

Hi Katie! What is it that you do for a living?

“I am LEGO Coordinator for Thackray Medical Museum. I lead the construction of the Thackray in LEGO Bricks project. We are building a LEGO model of our museum from 150,000 bricks to raise £150,000 for museum developments.”

What a great job, working with LEGO bricks all day! How did you come across it?

“I was just about to graduate from the University of Leeds and saw it advertised on the school job board!”

How hard was the application process for the job?

“It was pretty tough but very fun. The applicants were set a selection of LEGO-based challenges as well as an interview. We had to build a model just from an image, create a fantasy world and then we worked with a local school to make theme parks all out of bricks!”

You work with LEGO bricks all day long; are you a LEGO collector or builder outside your day job?

“Absolutely! Admittedly the collection lives mainly at my parent’s house currently so I don’t get so many chances to build but anytime I visit the bricks come out!”

“Anything transparent, putting in the windows to the museum build is always my favourite!”

I’m with you there – replicating a building like the Thackray Museum it’s really satisfying to add the windows – one of my favourite parts of the museum in my own LEGO city: 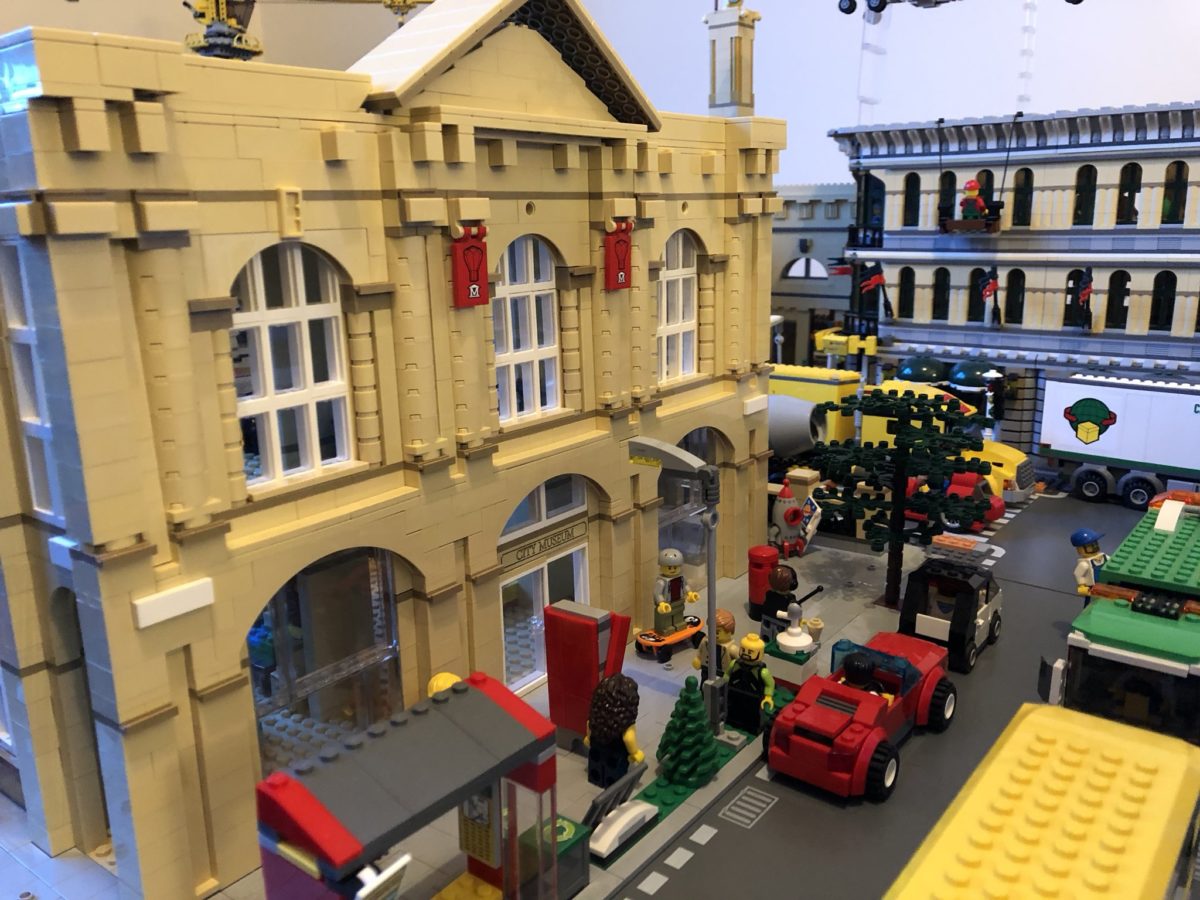 “Hogwarts, no contest. We used to get a new Harry Potter set to build each Christmas and I still hope to find one under the tree!”

Do you remember playing with LEGO bricks as a child?

“All the time, my whole family are fans and love to build!”

What’s the best day at work you’ve had with the Thackray Medical Museum LEGO model?

“I think it was when we finished the front door to the museum, it was the moment where the build really started taking shape.”

…and the worst day?

“When I swiftly broke said front door by leaning over the build and hitting it with my lanyard.”

Do you have any advice for others wanting to work with LEGO?

“Just keep building! You are never too old to play and there is no way to do LEGO wrong. Doesn’t matter what your skillset is you can build something brilliant so you have just got to be confident with it!”