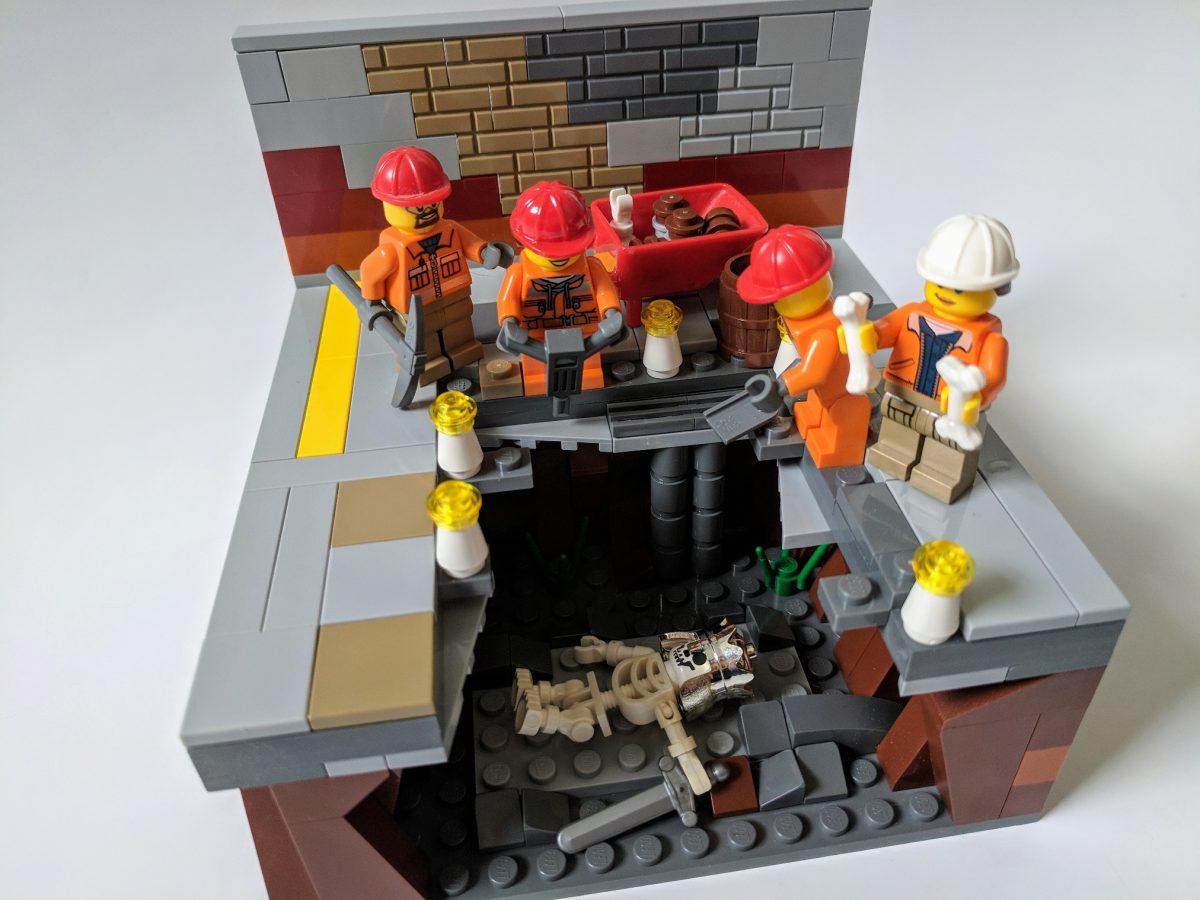 I came across Adam initially as the editor in chief of brickfans.co.uk, a LEGO fan website. He lives in Leicester, UK – my old hometown!

Since then he’s moved to BricksFanz.com, a Recognized LEGO Fan Media (RLFM) website, featuring regular set reviews and the latest information on LEGO events and competitions, too. 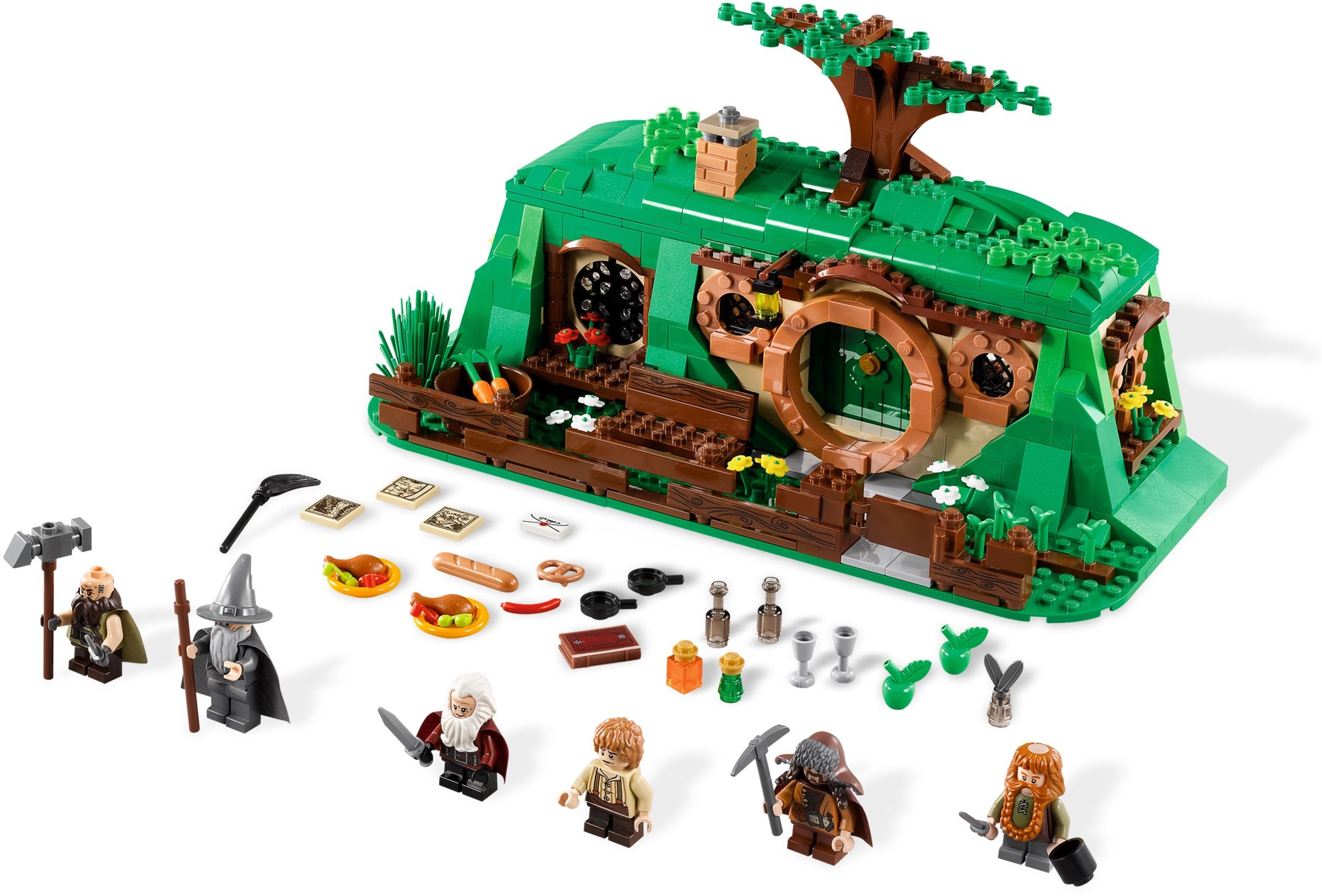 “An extremely hard question to answer as there are so many great sets. But I have fond memories of the 79003: An Unexpected Gathering. Not only was it one of the most expensive sets I purchased back then (oh how times have changed) it was also something a little different to all the vehicles and mechs. Plus my dog was named Bilbo Baggins. I still have the set on display.”

What do you love about it?

“With LEGO elements being so blocky, creating natural looking builds isn’t easy, especially with the design constraints of LEGO sets. So creating a hole in hill could be tricky but Bag End just looks amazing and has all the details you’d expect both inside and out. Even within the limits of the set size, there are plenty of fun details and cool build techniques like the round windows.”

“Running BricksFanz is extremely time consuming so I don’t get that much time to build my own creations, however earlier this year, to coincide with a Fairy Bricks event in Leicester, I recreated the moment the remains of King Richard III were discovered in Leicester. It was a quick little build, which reimagined the moment the lost king was found under a carpark. The King Richard III visitor centre, where the event took place, loved it.”

Which LEGO sets are you currently building at present?

“I’m currently building some of the new LEGO NINJAGO Dragon Hunters sets and the upcoming new LEGO Technic summer sets including the cool, concept Volvo, created as a collaboration between LEGO, Volvo and school kids. Plus just finished the LEGO Creator Expert James Bond Aston Martin DB5. Being able to review set means I get a nice variety of things to build, many of which I wouldn’t normally purchase.”

Which LEGO builders do you admire most?

“In terms of LEGO Designers it would be Justin Ramsden, considering he’s only been a designer for a few short years, he has created a number of really inspired sets, like the Super Hero Airport Battle and the Beatles Yellow Submarine. From the fan community, I love Brett Wallers epic large-scale builds such as the Batcave, which has recently been expanded to also include Wayne Manor. Also Chris Adams, who has created some really inventive builds like his amazing 3D movie posters and the Disney Once Upon A Brick characters.”

Many familiar fantastic builders and model designers there! Justin is actually an honourary member of my local LEGO User Group, Brick Alley – as he was born in Darlington in the North East of England where we meet every month!

What is your favourite LEGO colour?

“I quite like Sand Green, especially as it’s being used in a lot more sets recently. I’m not sure why I like it’s so much as it’s not a overly bright colour and feels ‘un-LEGO-like’ but it’s just a nice little colour, which is being used in cool ways either in large amounts like the Old Fishing Store or just a little sprinkle of, as seen in the 2017 Winter Village Train Station set.” 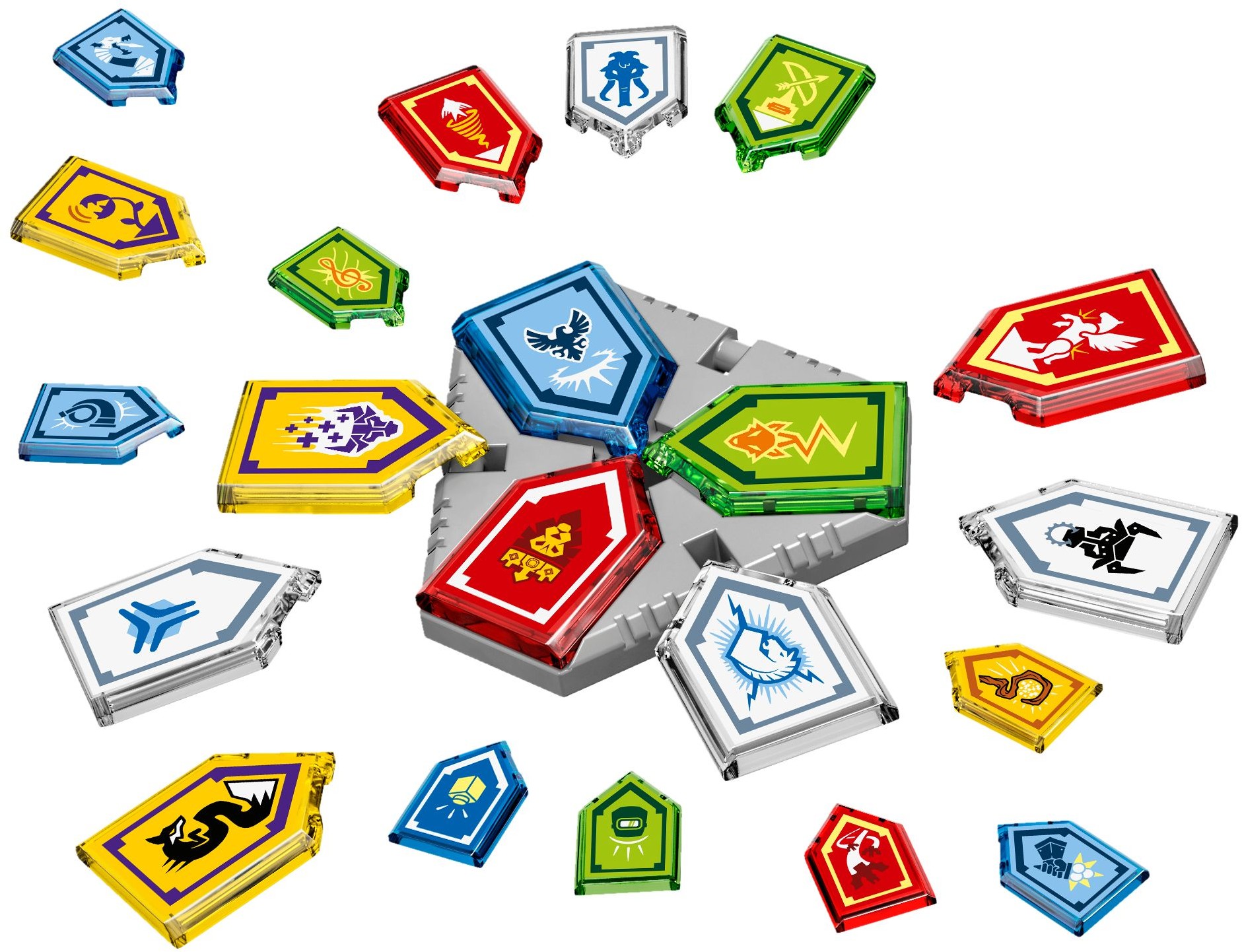 What’s your favourite LEGO element? Why?

“The NEXO Shield or to give it, it’s official name element Flat Tile 2xe W/ Angle. Since the element made its debut in the NEXO KNIGHTS theme as a range of collectible powers, the element has rapidly started to appear in numerous offer LEGO sets. It’s been used in so many different ways and may not be useful in terms of offering new build techniques but it’s fun to see which set it crops up in next.” 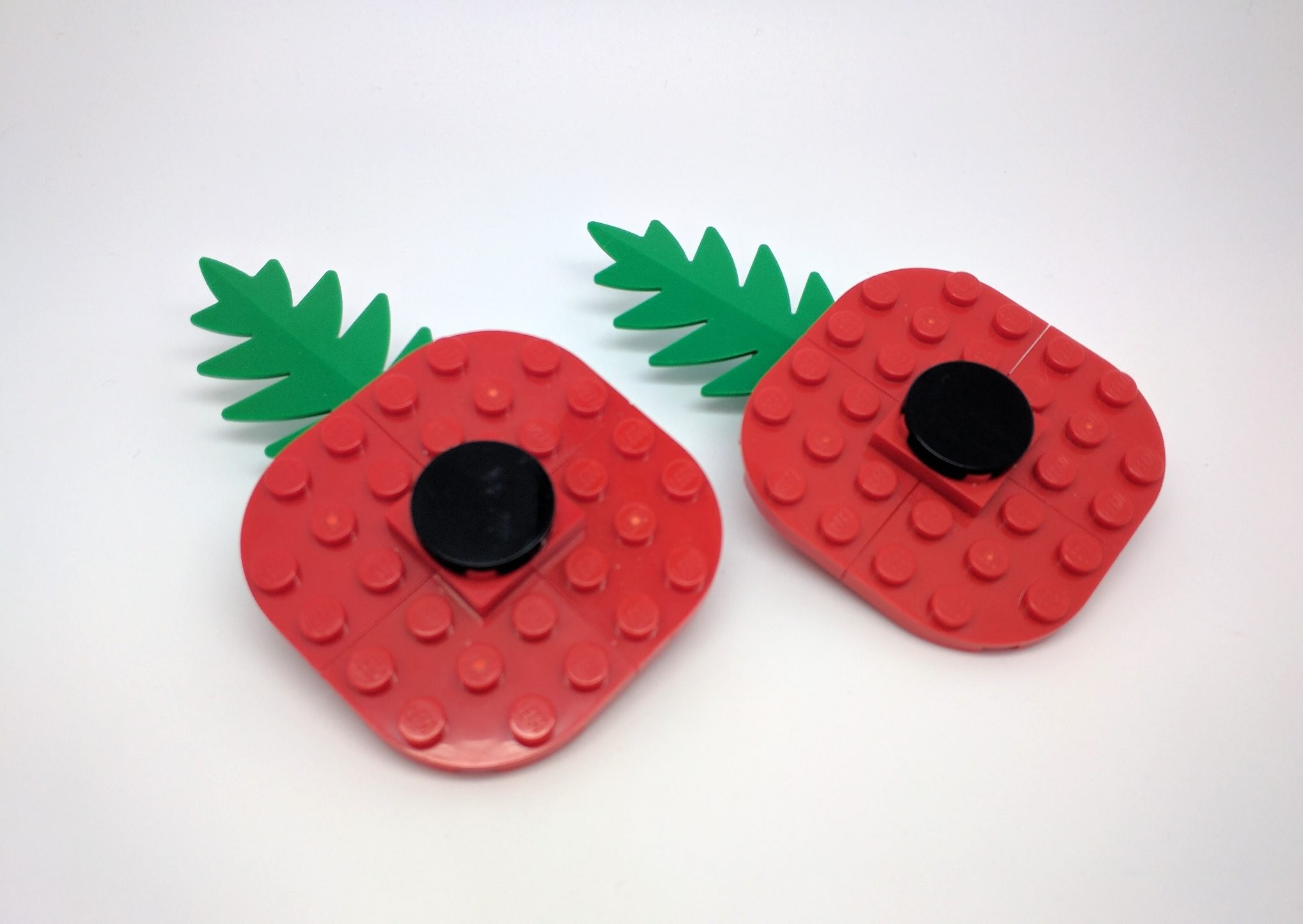 What’s your most unlikely source for inspiration for a LEGO model?

“The paper poppies used to commemorate Remembrance Day. Working in retail, the paper versions were always getting ripped or falling off, so decided to create a something a little sturdier. Material of choice – LEGO. After coming up with a simple design, the result was impressive enough, that others wanted one. I also like to create little scenes for social media, such as a party-themed cake for the 40th anniversary of LEGO Minifigures.”

Interestingly, we’ve been having a LEGO poppy design for our Shildon Brick Show in November between members as a giveaway build – and we’ll be building a big LEGO wreath at a future Bricks + Beers event in Newcastle, too.

Which theme do you wish LEGO Group would bring back?

“Not so much a single theme but a type of theme known as ‘In/Out’ themes. These are LEGO themes which are created to last for a year or two and in the past has give use themes like Ultra Agents, Monster Fighters, Dino and the amazing Galaxy Squad to name a few. Thanks to their predetermined availability and not being tied to an existing license, the sets have given us some of the most creative characters and builds ever. Unfortunately it seems LEGO has now decided to shift the In/Out model to licensed ranges, which means less creative sets and higher prices.”

A great pick – Monster Fighters has become a desirable theme to collect for AFOLs. I was lucky enough to get my hands on the Haunted Mansion which was the “apex” set of the theme. The build itself is great, but what I really love is the design of the figures and the microbuilds such as wardrobes and the oven. 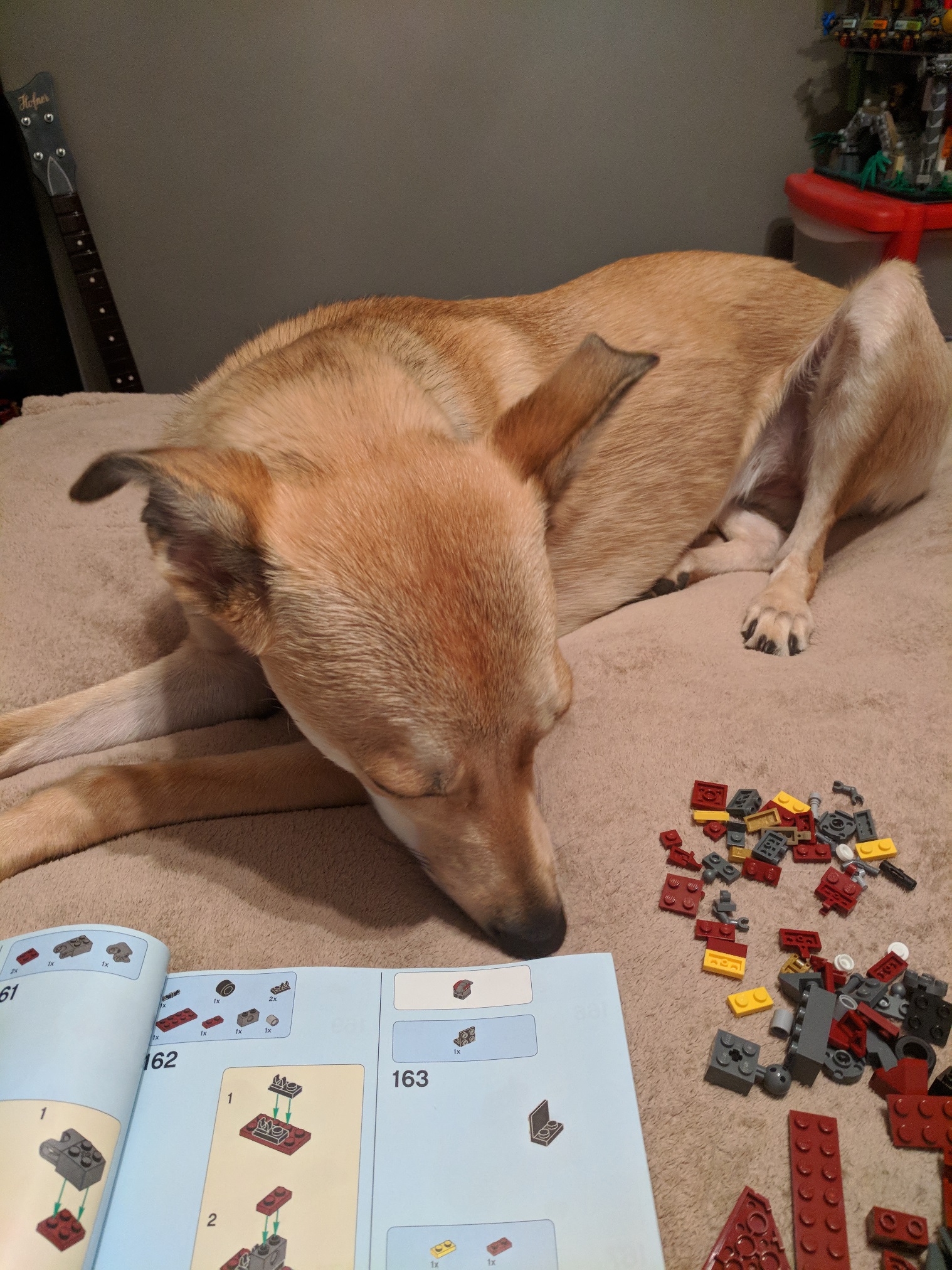 What do you build your LEGO models?

“I don’t have a dedicated area, so have to build wherever my crazy Lurcher Lola can’t get in the way. Which doesn’t leave many places to build. If I’ve building a build set like the UCS Falcon I’ll split the elements down into the old LEGO Advent Calendar trays but for less involved sets, it’s just a case of emptying out the bags, get building and shielding any loose elements and part built sets from the dog’s mad 5 minute run arounds.”

Ah, nice to see great AFOLs think alike – I have a lurcher too! Fantastic dogs.

I think many AFOLs struggle to find the space they need to build – not unusual at all!